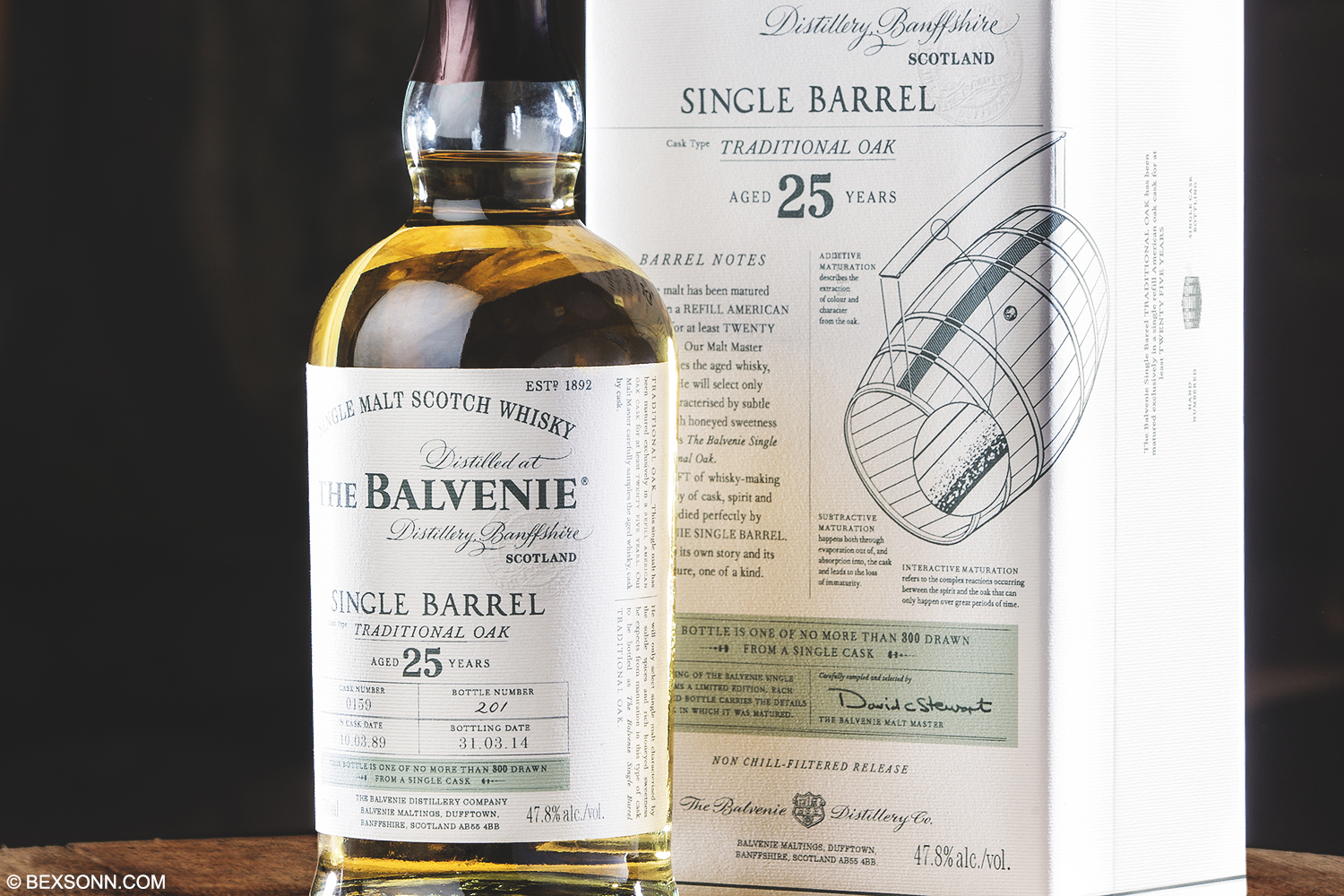 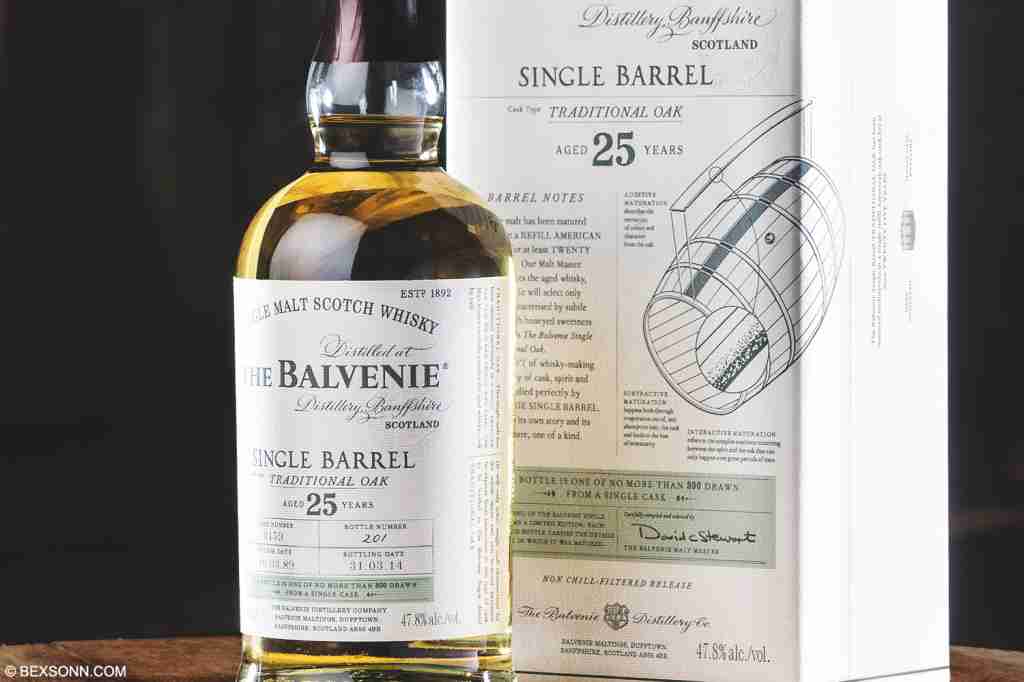 So if you read our post a couple of weeks ago on The Balvenie Sherry Cask 15 year-old Single Barrel Scotch, then you’ll know we managed to sample some top-notch drops of Balvenie and even had the chance to sample drams that are no longer in production along side some seriously aged Scotch. Another one of the Scotches we sampled that night was this 25 year-old Traditional Oak from the single barrel range.

The Balvenie unveiled the latest addition to its Single Barrel range with the launch of this 25-year-old single malt matured exclusively in traditional American oak casks – those that have already been used to mature Scotch whisky. Created by Malt Master David Stewart – he only selects for bottling casks of whisky that have the character he expects of Balvenie matured for 25 years exclusively in American oak – subtle spices and rich honeyed sweetness. However, no two casks will ever produce an identical single malt. As such, the single malt from each cask of Single Barrel Traditional Oak Aged 25 Years is unique and no more than 300 bottles will be filled from any one cask. This is reflected on the bottle label – hand numbered and carrying the distillation date, bottling date and cask number in which the whisky was matured. 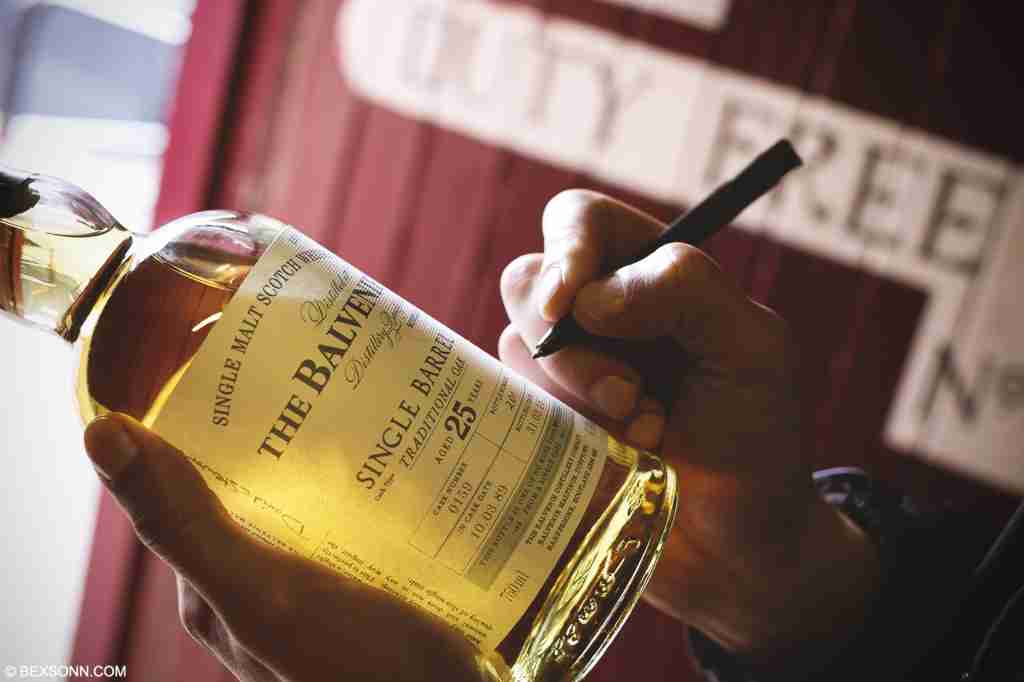 On the nose: you’ll be welcomed with sweet notes of green apples, toffee and oranges. Notes of honey will start to emerge followed by a waft of vanilla. Some spicy notes of cinnamon and cloves will start to appear, giving the dram a christmas pudding note making it just right for this time of the year.  On the palate: it is sweet but this will come from the honey and orange nosed, followed by a velvety creamy texture. Those notes of vanilla will start to emerge followed by those spicy notes of cinnamon. There is a beautiful meaty note kicking around in there too, with a hint of zest and fennel seed. The finish: is long, sweet, with  lingering oak.

The verdict: The Balvenie Single Barrel Traditional Oak 25 Year Old is literally christmas in a dram! So well-balanced and consistent from nose to finish and in my opinion is the best from the single barrel range. The Balvenie Single Barrel Traditional Oak Aged 25 Years is a non chill-filtered release with an ABV of 47.8%. A drop that didn’t need any water – though if you do need to then only add a very small amount. If you don’t feel the urge to add any water then allow the scotch to breathe for no more than 5 minutes just to open up the nose and palate a bit more.