BALL for BMW – Engineered for Perfection 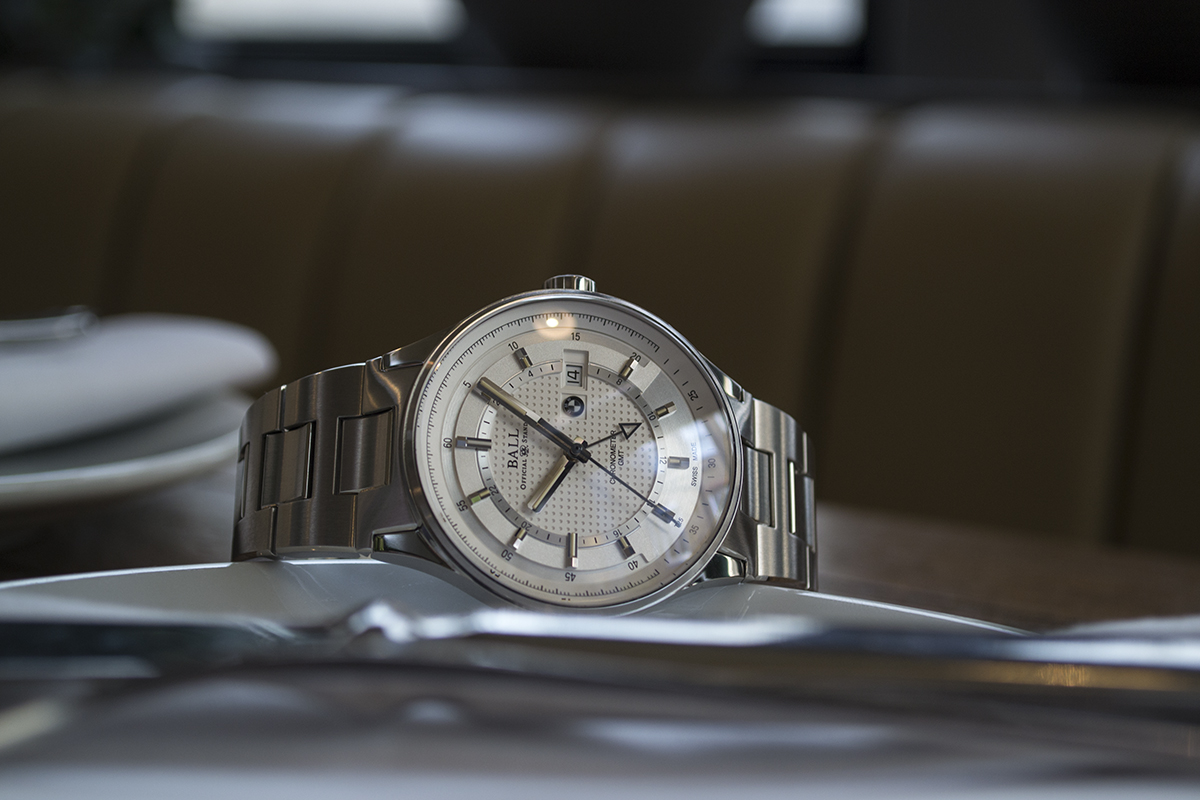 BALL for BMW: Where to start, hmmm…? BALL have been around for some time and are better known in the U.S. watch market. The reason behind this is because the history of BALL watches is inseparable from that of the railroad pioneers. The BALL watch adventure actually began on the 18th of April 1891 with the tragic railroad accident in Kipton (Ohio, US). The catastrophic head-on collision between two trains resulted in eight fatalities. This disaster left a lasting impression, all the more so since it was due to the inaccuracy of the watch belonging to the one of the trains’ engineers. The main American railroad companies then entrusted the watchmaker Webster Clay Ball (1847 – 1922) of Cleveland (Ohio) with the task to establishing strict chronometric precision standards for all watches worn by railroad employees. BALL watches were born! 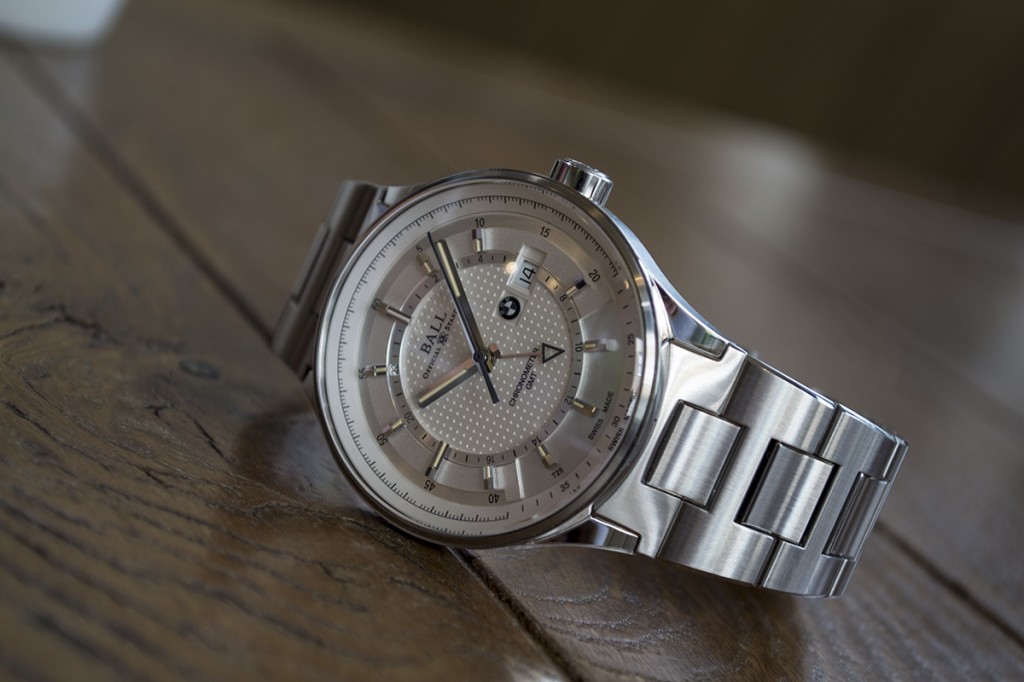 Now, this recent collection of BALL Watches has been created in collaboration with BMW (hence the BALL for BMW part). The aesthetics of these timepieces are highly influenced by the lines of BMW cars and includes details that evoke their engines, bodies and interior characteristics. I must admit, I can actually see these attributes coming through in the designs from Magali Metrailler; who is no stranger to creating watches influenced by cars, as she was also involved in creating a timepiece for JLC in conjunction with Aston Martin.

When I first saw this piece, instantly I saw the IWC GST (now discontinued) but arguably with a rather more intriguing dial.  The dial on the GMT version is nicely executed; simple to read and incorporates the speed-o-meter look and feel of a BMW. At 3 o’clock you have a date window and a rather neat dinky BMW badge. Probably the best thing about this dial is that it uses BALL’s micro tubes of luminous 3H gas – giving it a very vivid glow!  On the wrist its 42mm x 12.64mm case feels just perfect and you’ll definitely be able to wear this timepiece with a suit and casual attire. Powered by an automatic ETA-2893-2 chronometer GMT movement with a power reserve of 38-hours, which is a simple and very well-known easy to use GMT movement. The crown also bears the BMW emblem, with a screw down feature making it water-resistant up to 100 metres. 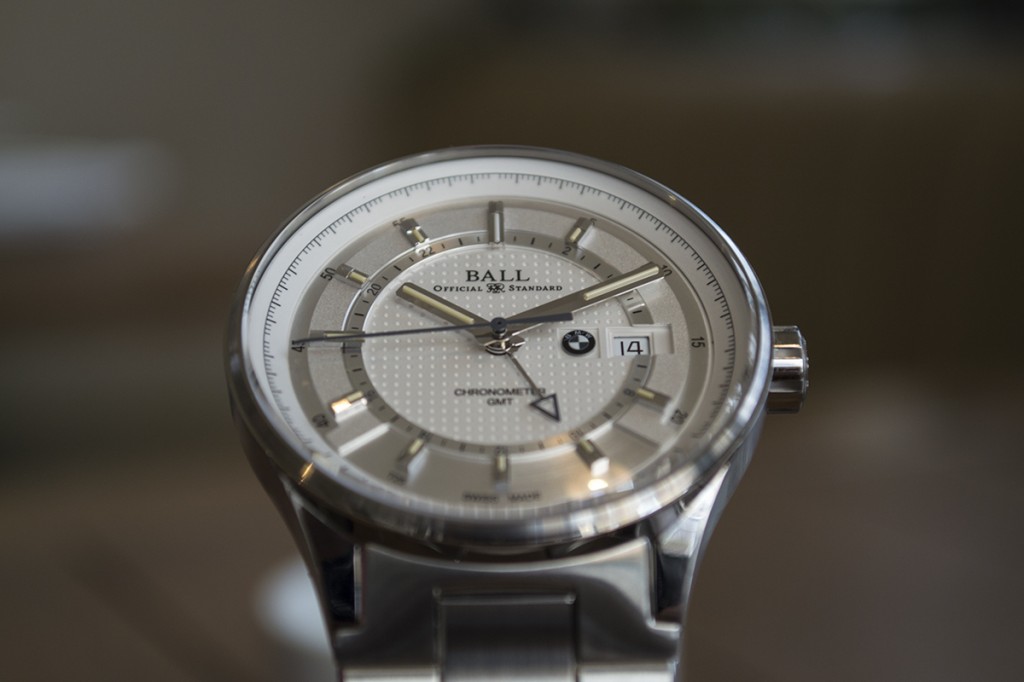 In all honesty, I think this is a great watch that has been well designed and a £3,410 price tag is not too bad either. Yes, some may argue that it’s using a standard mass-produced ETA movement and that you could probably get a second-hand Rolex GMT for that kind of money but just look at it, its stunning! 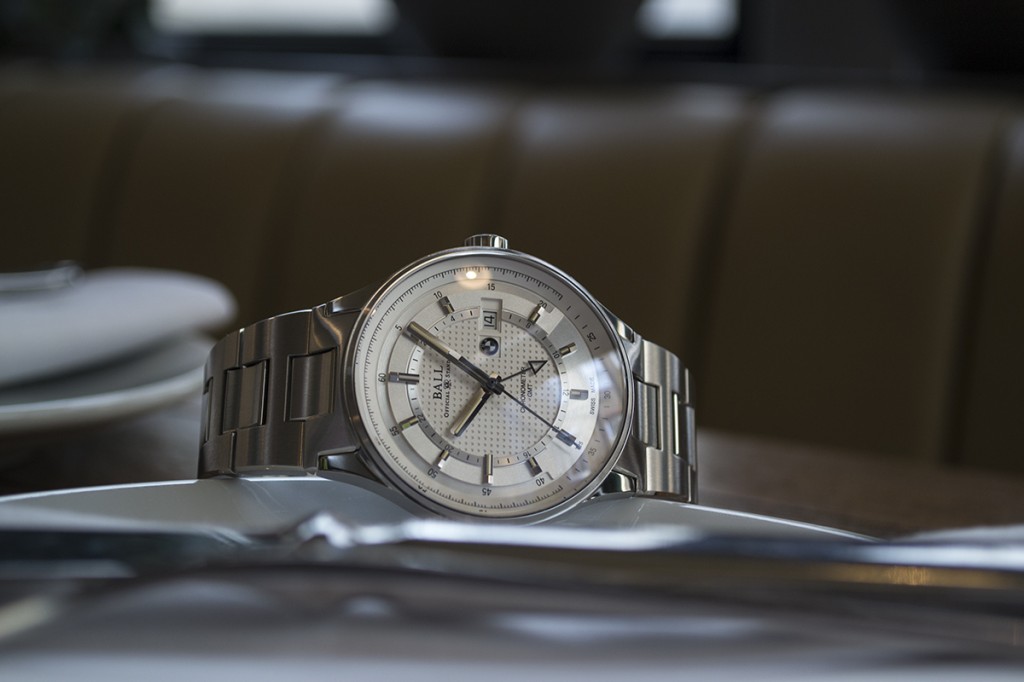 Now, the classic is just a bit more, shall I say, me. It does exactly what is says on the tin! The classic looks of the, erm, Classic BALL for BMW timepiece is just simply elegant and for want of a better phase – classic in every way (think I’ve used the word classic a little too much)? But, it is true to form – the 40mm x 10.87mm case design is just right. Not too small but not too large either but unfortunately doesn’t quite have the dual attire occasions and will pretty much just look at home on your wrist with a suit and tie. However, this has never stopped me from wearing my classic watches with whatever I want.  The dial layout is more simplistic compared to the GMT but also has a date window at 3 o’clock and the micro tubes of luminous 3H gas. It bares a rather large BMW emblem between 6 o’clock and 9 o’clock, which may be a little hard to see in my average pictures. 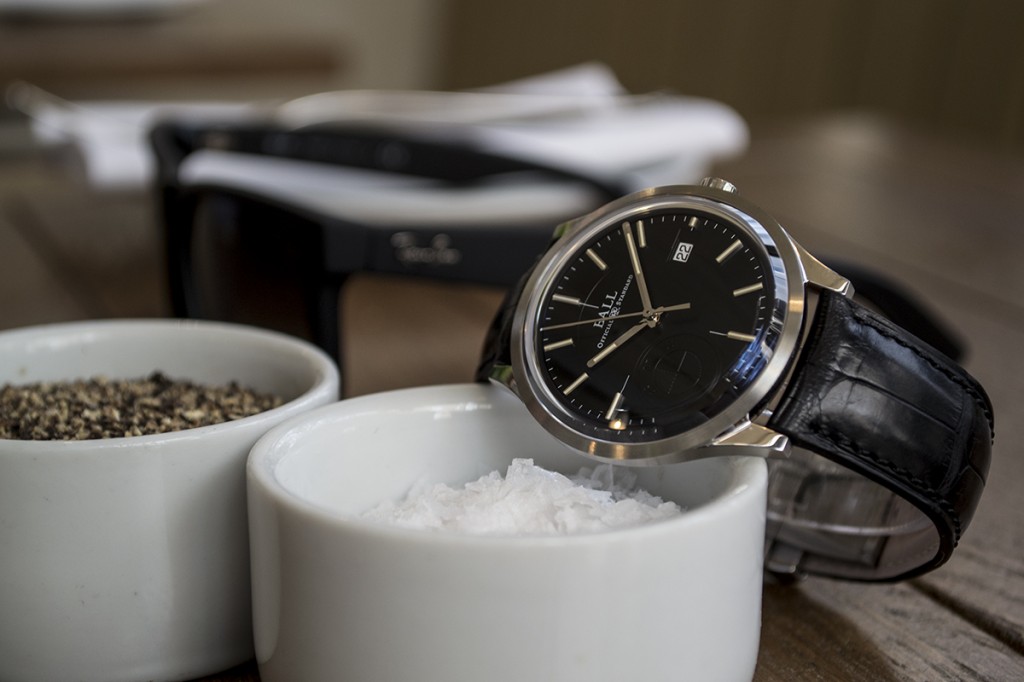 The Classic is also powered by an automatic ETA movement (2892-A2), which can be seen through the sapphire crystal case back. Oh, did I mention that it also has a “Classic” domed sapphire crystal on the front too? Any-who, the classic also sports a screw down crown with the BMW emblem engraved into it. 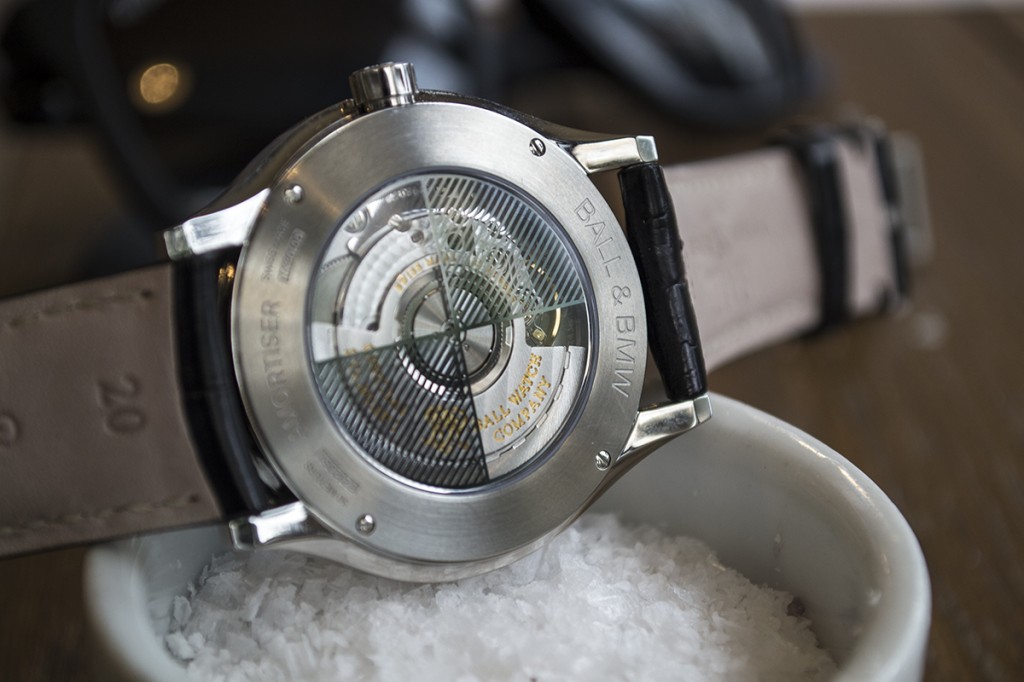 The BALL for BMW Classic also comes in a variety of colours and strap combinations. The dial comes in Black, Blue, Grey and Silver, with a choice of stainless steel bracelet or crocodile leather strap with deployant clasp.

This timepiece is more up my street with its simple but elegant design. The only stumbling block for me on the Classic and maybe for others is its price point of £3,070, which in my humble opinion is probably a lot less for the money over the GMT.