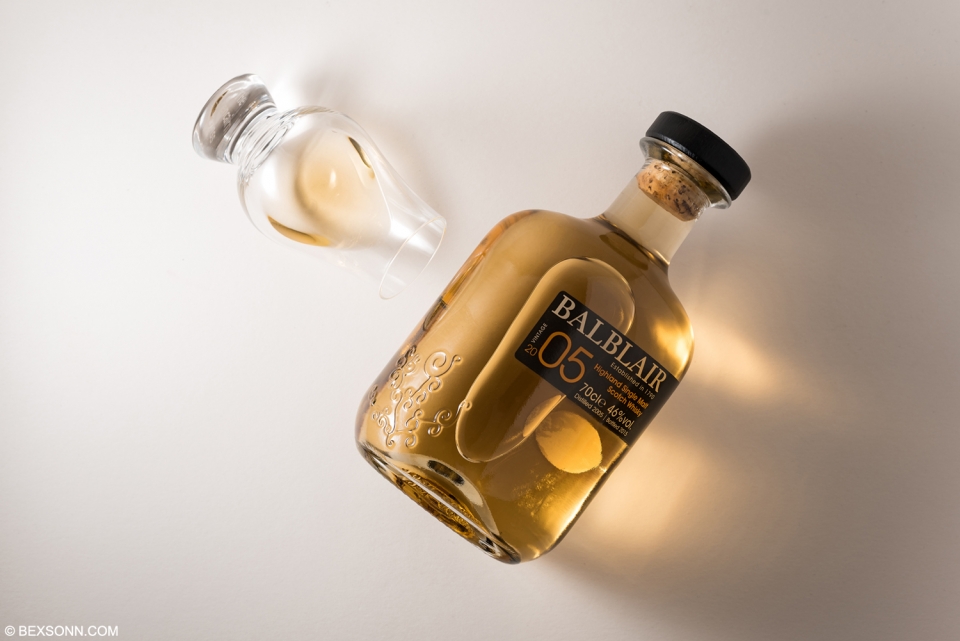 We’ve looked at many vintage expressions from the Balblair range, such as the 2003, 1999, 1990, 1983 and even this ridiculously awesome 1969 expression. This is their latest instalment from the vintage range. Launched in December 2015, Balblair Vintage 2005 replaces Vintage 2003. The American oak, ex-bourbon barrels used in maturation impart notes of oaky vanilla, leather and oranges with a hint of fragrant cut flowers and smoke.

On the nose: are welcoming notes of vanilla, butterscotch, lemon zest  and apples. This is nicely followed by earthy barley notes, sweet mixed fruits, marzipan and notes of a herbaceous nature. There is a lovely waft of toffee floating around in there, alongside a hint of lavender, liquorice, cinnamon, currants, sea salt and the faintest suggestion of candy floss. On the palate: you’ll experience those sweet mixed fruits, followed by vanilla, toffee, butterscotch and candy. Again, that herbaceous note is evident, alongside cinnamon, lemon zest, a hint of spices and aniseed. Rounding off the nose is a lovely creamy note and a whisper of marzipan. The finish: is medium, sweet, with lingering spices and light suggestions of oak.

The verdict: Before I’d even broke the seal on this Balblair 2005 vintage, I already had preconceived expectations. However, once I’d nosed it that completely changed. Knowing already that it was aged in ex-bourbon casks I was expecting more dry notes but it was indeed quite the opposite. From nose to palate it was sweet, with hints of spices and green notes to balance it out. While the palate lacks a little in the overall texture it makes for a nice easy drinking and perhaps summery dram. Bottled at 46% ABV, In my opinion it didn’t really need any water but if you require it, do so only in small quantities. Also leaving it to breathe a little also yields more of its fruiter notes too.

For more information on this 2005 vintage expression, visit the official Balblair website.