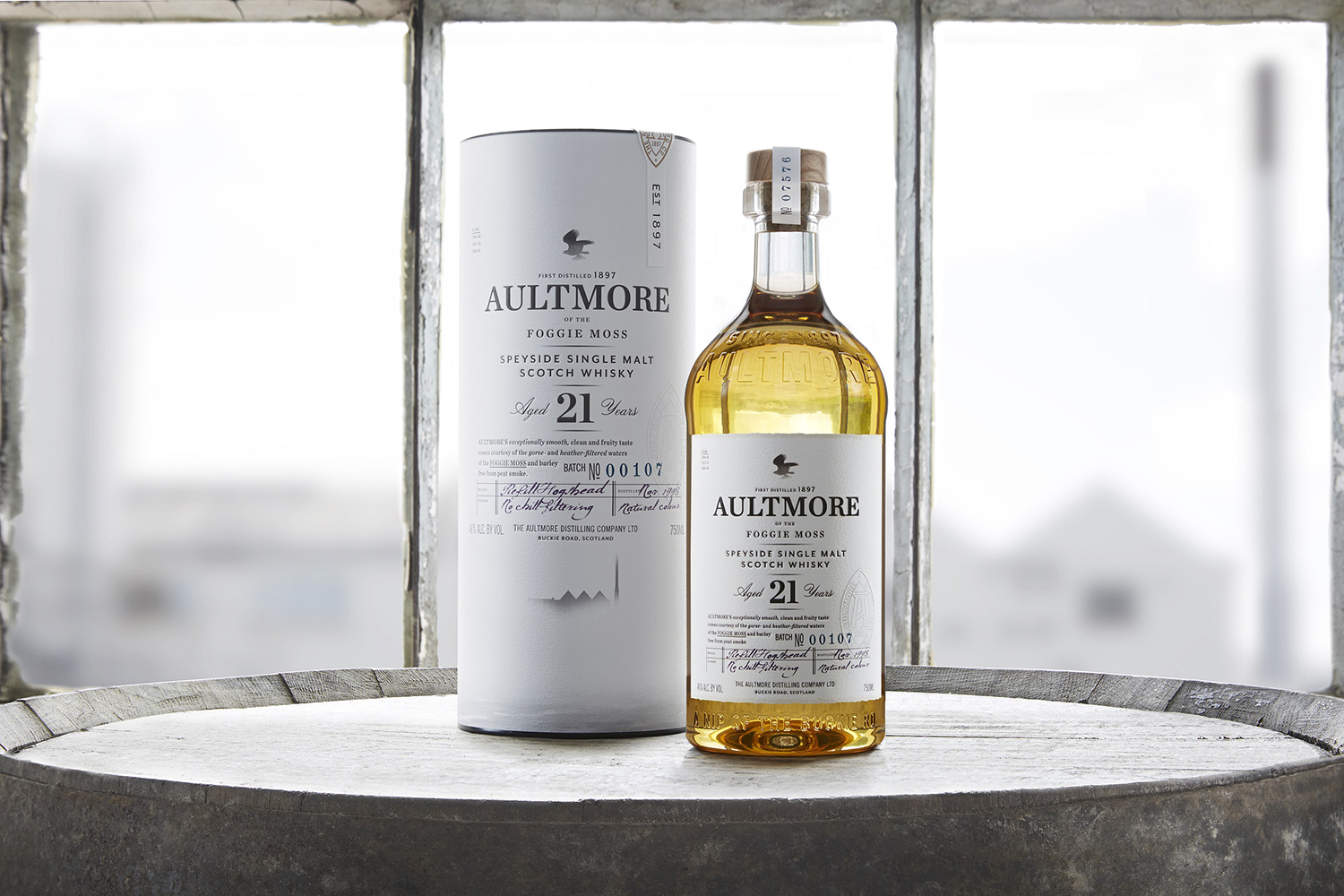 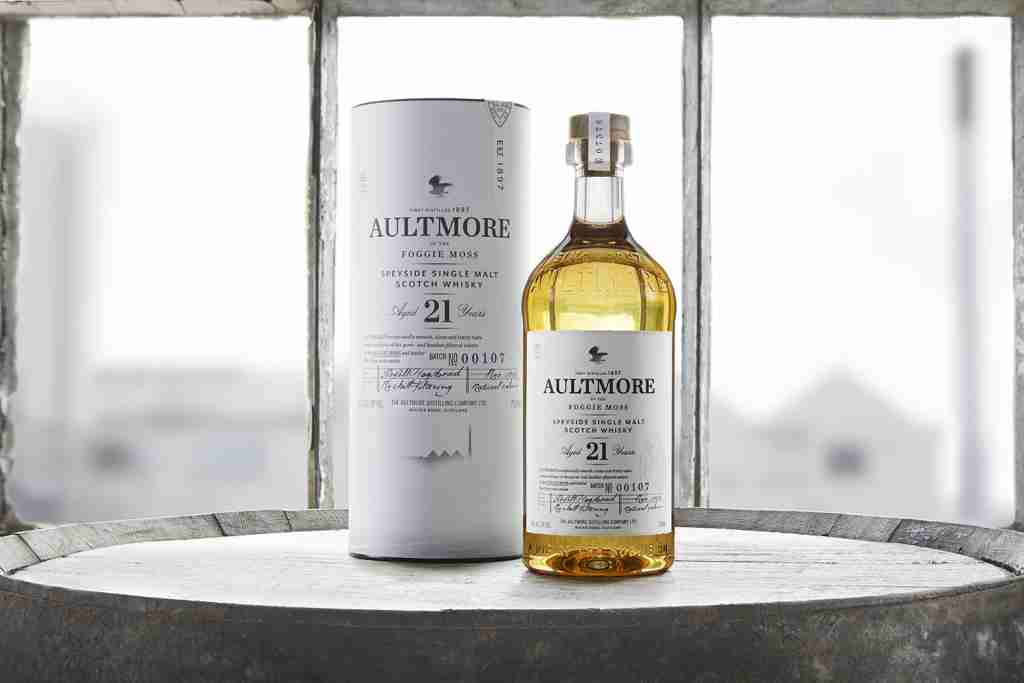 Aultmore 21 Year Old Speyside Single Malt Scotch: Thus far we’ve looked at the Aultmore 12yo and 25yo but now we shall have a look at the scotch that sits in the middle of these two whiskies from ‘Last Great Malts’ range. As mentioned before Aultmore is often used to go into blends. There have been some independent bottlings and just a few days ago I even sampled a much younger version of what has been officially released but we’ll leave that to another time. If you’ve read my previous tasting notes on Aultmore, then you’ll know that it is a single malt, which is exceptionally smooth with a clean, grassy, fruity taste, which can be traced to the abundant springs of the neighbouring Foggie Moss.

On the nose: you’ll be welcomed with sweet notes of oranges. Notes of almonds will start to appear followed by notes of fresh apples and hints of green herbs. Some mixed fruit notes will start to appear along with some vanilla, lavender, peppery cinnamon and hints of incense. On the palate: you’ll experience those orange and toffee notes but they’re a little more subdued. These will then be followed by a very spicy and peppery kick, cinnamon, a touch of marzipan and just the smallest hint of kumquats. Those green herbs will start to emerge, with just the lightest touch of oak!  The finish: is medium, zesty with a lingering herby/musky note.

The verdict: The Aultmore 21yo has the perfect equilibrium of the 12yo and the 25yo, it has beautifully balanced notes that are well established but yet still have fiery youthfulness to them. A very easy-to-drink dram. The Aultmore 21 Year Old Speyside Single Malt is non chill-filtered, with an ABV of 46% and every bottle is uniquely numbered. A whisky that, in my opinion, didn’t really require any water – though if you do need to then only add a very small amount. If you don’t feel the urge to add any water then allow the scotch to breathe for approx. 10 – 15 minutes to open up the nose and palate.

Aultmore 21 Year Old Speyside Single Malt Scotch has been exclusively made for travel retail in partnership with World Duty Free Group. While on your jet set travels you’ll be expected to pay approx. £125 for a bottle.