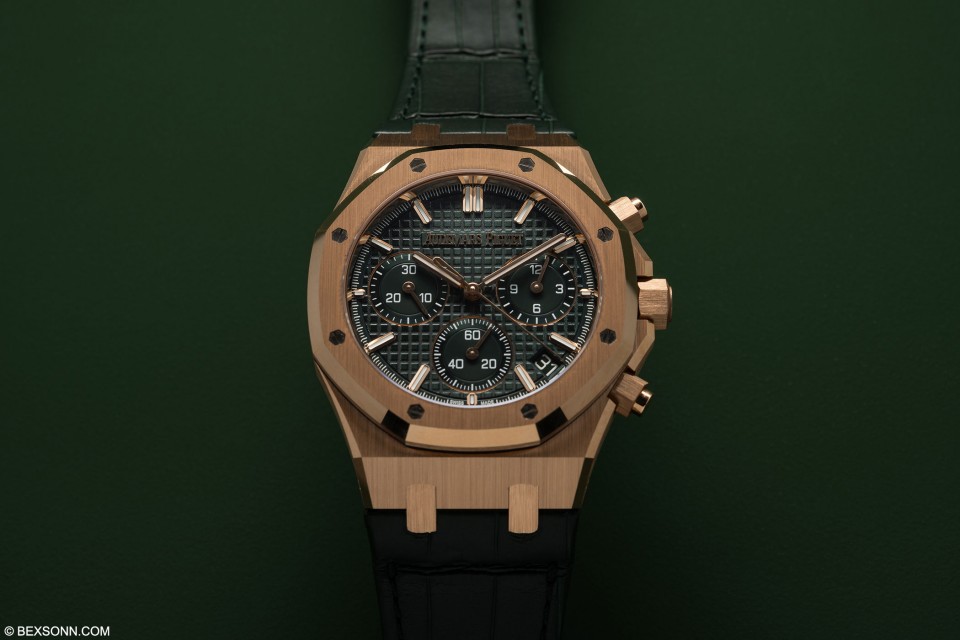 This year Audemars Piguet hit an important milestone in the form of the 25th anniversary of the Royal Oak Chronograph. Since its inception in 1997, we’ve seen many variants in the dial, case and materials used. As we expected, to celebrate this year they have revamped the entire line-up of Royal Oak and Royal Oak Chronographs with some much-needed updates. 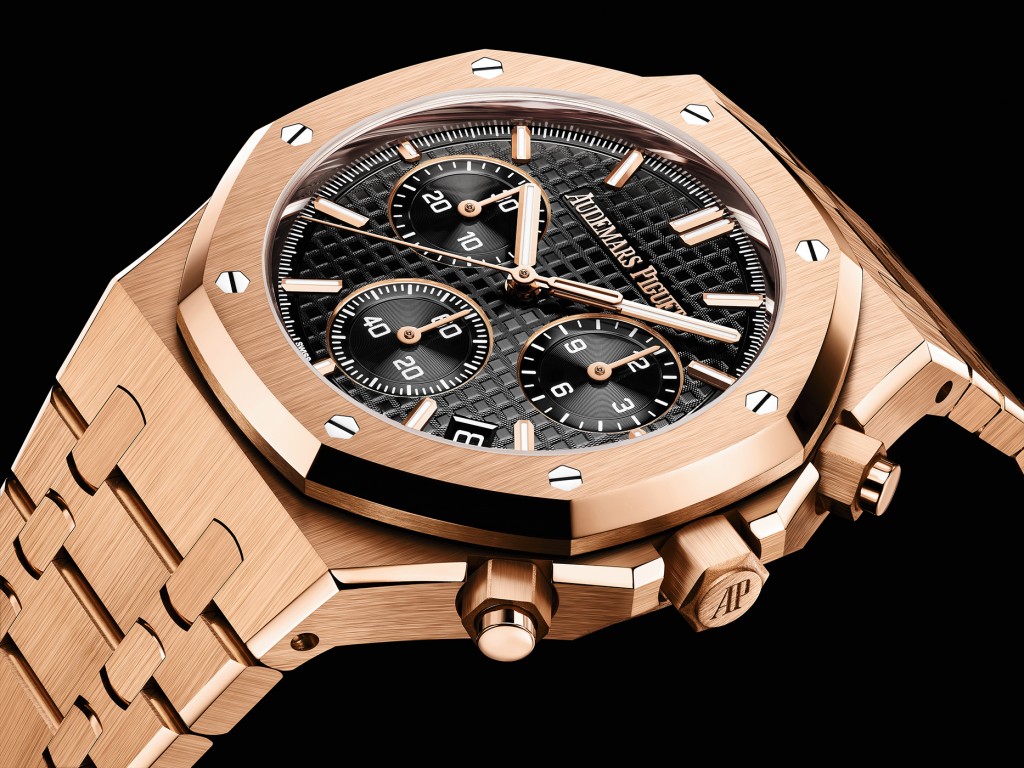 I wouldn’t necessarily call this a completely new watch, but more a facelift and an engine change as we learnt from the new 16202, AP have chosen to use 2022 to rollout some minor aesthetical changes alongside some calibre changes. One thing to note, is that Audemars Piguet of late has been embracing the idea; the more choice the better, with last year’s Royal Oak Offshore Diver released in some more new colours and this year’s Royal Oak Chronograph line-up with twelve new variants! A total of four stainless steel, four pink gold, with 3 pink-gold variants on a leather strap and even one in pink-gold with diamonds. 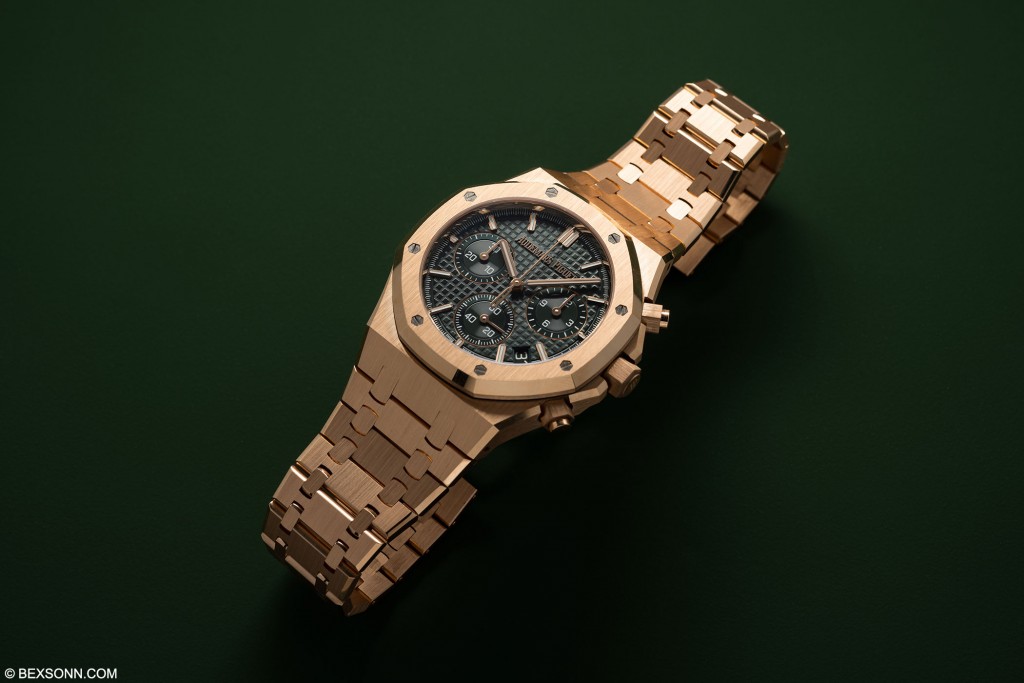 I guess it’s interesting to debate as there is always two sides of the argument – one being that having a more streamlined collection of single pieces is less confusing with the other side asserting that the more choices there are, the more relatable it will be to more potential buyers. For me, I agree with the latter, as I do think there is a certain paradox of choice, where too many choices confuse rather than enables. 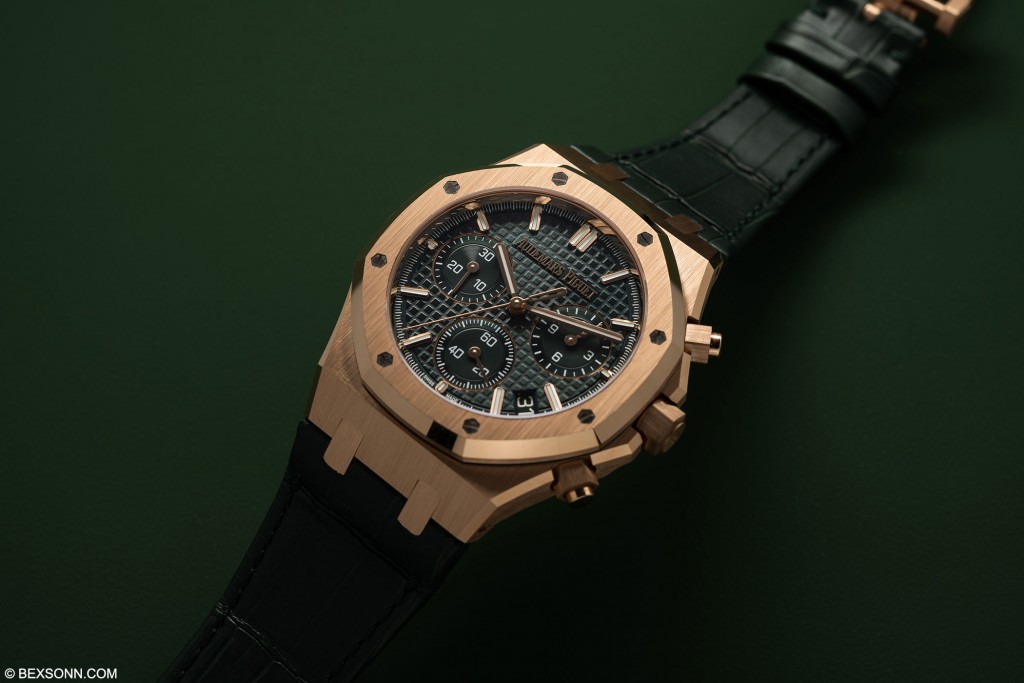 With all that being said, let’s take a look at the new line-up. The first big change that has given way to so many variants, is of course the dial. Retro styling is in with Audemars Piguet as the Royal Oak Chronograph has four new striking tone on tone variants: black, silver, blue and green (our personal favourite). That said, it would’ve been nice to see AP once again use the two-tone dial variations on these new chronograph timepieces, which in my humble opinion adds more distinction. 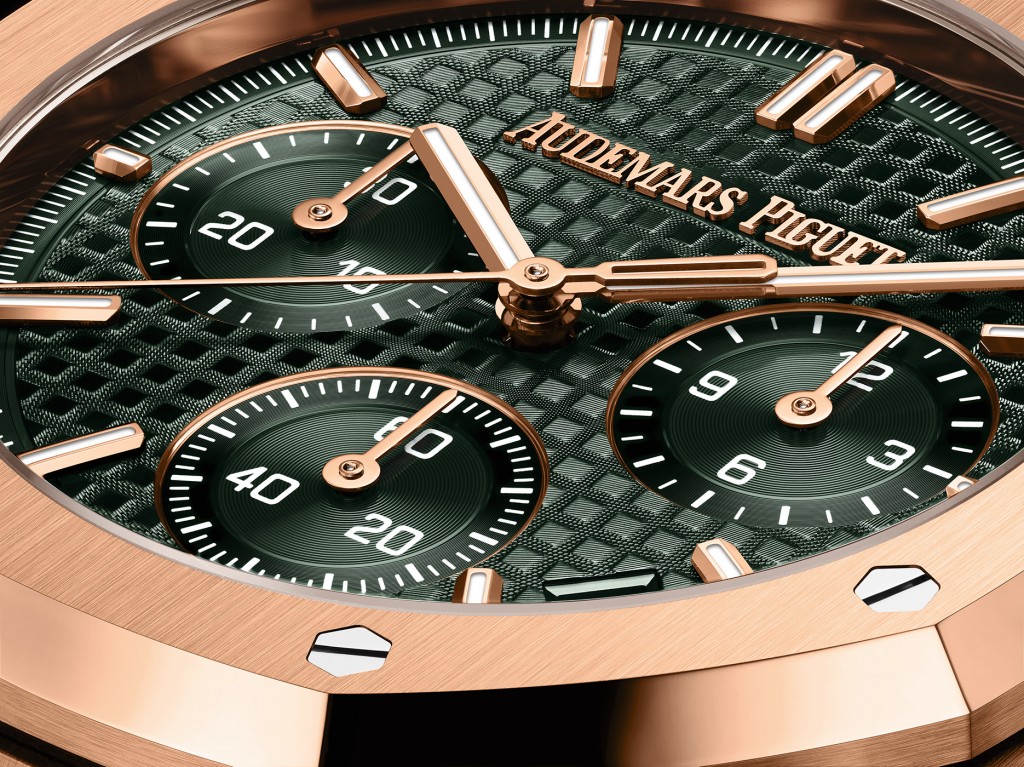 Audemars have made some further tweaks to the dial of the 41mm Royal Oak Chronograph, the logo has been reworked. A gold Audemars Piguet signature endowed with a unique topography now replaces the applied AP monogram and the printed “AUDEMARS PIGUET” at 12 o’clock. Made of thin layers of 24-carat gold, the signature is achieved through a chemical process akin to 3D printing known as galvanic growth. Each letter is connected with links approximately the size of a hair and placed on the dial by hand with tiny legs almost invisible to the naked eye. 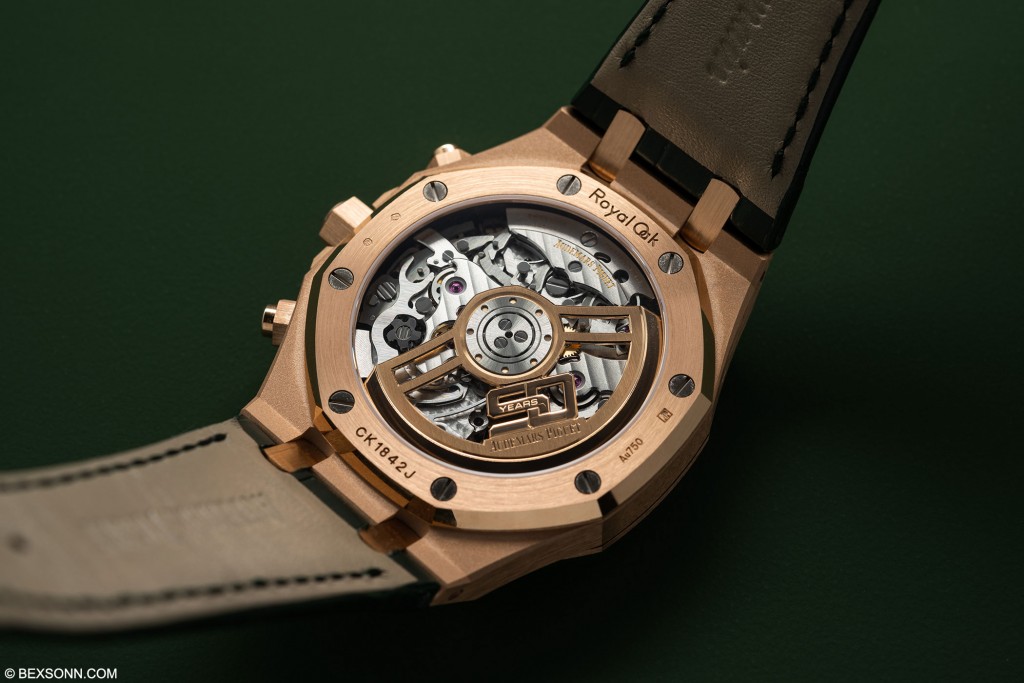 Beneath the dial is perhaps where the evolution has taken place. Once upon a time, most of AP’s chronograph timepieces would have had a base calibre that was built in-house but had an outsourced chronograph module fitted on top (calibre 2385). Not for this new RO chronograph. These new 41mm chronograph models are powered by a new self-winding integrated chronograph calibre 4401, which is also equipped with a column wheel and flyback mechanism. All this goodness can be seen via the glare-proofed sapphire case back that reveals the inner workings of Calibre 4401 and allows the wearer to admire the dedicated 50th anniversary 22-carat pink-gold oscillating weight and the movement’s refined hand-finishing including “Côtes de Genève,” satin-brushing and polished chamfers. 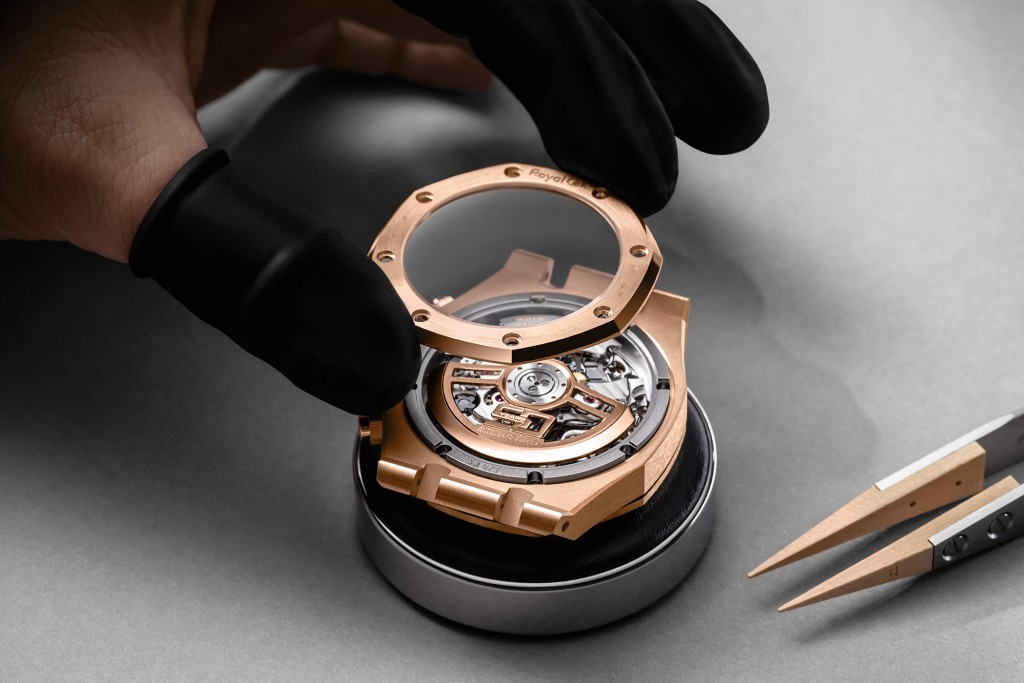 While most ardent AP lovers will have perhaps bemoaned the initial release of the CODE 11:59, me included, it is safe to say it has had a great overall impact on movement development, which many timepieces in the Royal Oak range have benefitted from, this piece included. The calibre 4401 was first seen in the CODE 11:59 flyback chronograph released a few years ago.