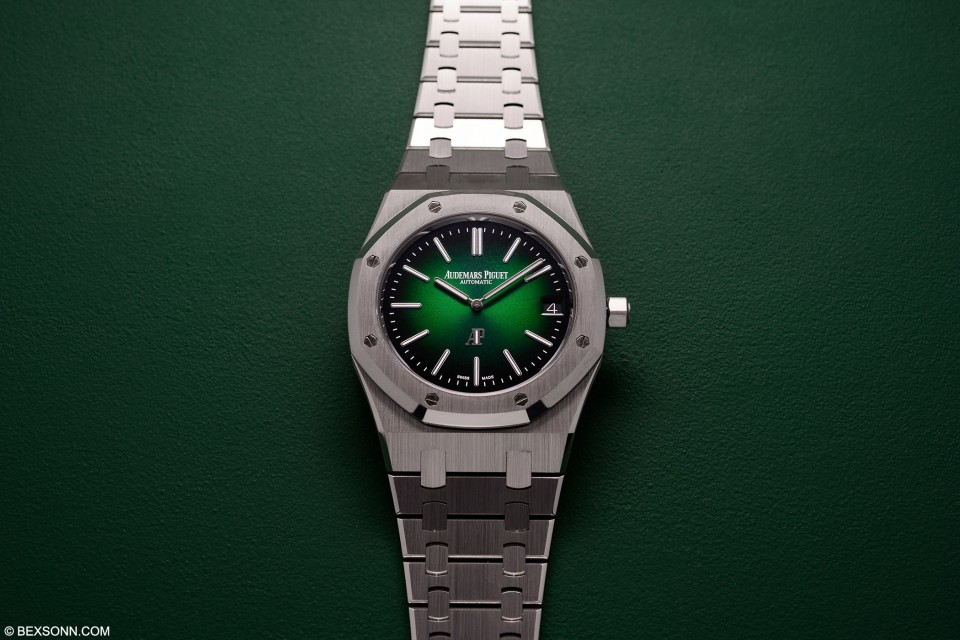 A few weeks ago, Audemars Piguet introduced us to the new generation of Royal Oak “Jumbo”. But if there was one watch that raised a few eyebrows it would have to be the Platinum version which appeared to house the exact same green vignette dial. Which got us thinking, how will anyone discern from first glance if this was a 15202PT or 16202PT? Keep in mind the running theme for 2021 was green dials and luckily for use we managed to get our hands on, arguably, the most love it of loathe it Royal Oaks of 2021. As mentioned before, we’ve seen many iterations of the Royal Oak over the past few years, but it’s safe to say this one not only looks cool but has a stealth-like quality to it. 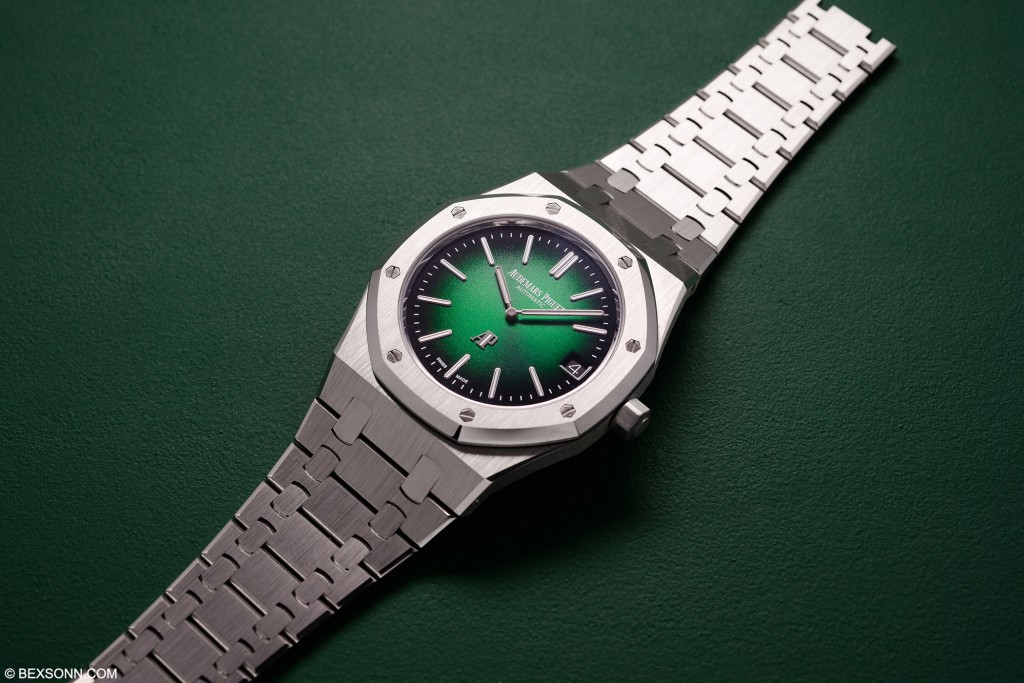 This 2022 version of the “Green Hues” AP Royal Oak Extra-Thin ‘Jumbo’ reference 16202 in platinum is much of the same, which is why it is still so popular and also why it is timeless. It is the same iconic and dependable watch it was 49 years ago, albeit with a few tweaks here and there. I think the most interesting fact here is that this new model is the first “Jumbo” that has been made entirely of platinum. 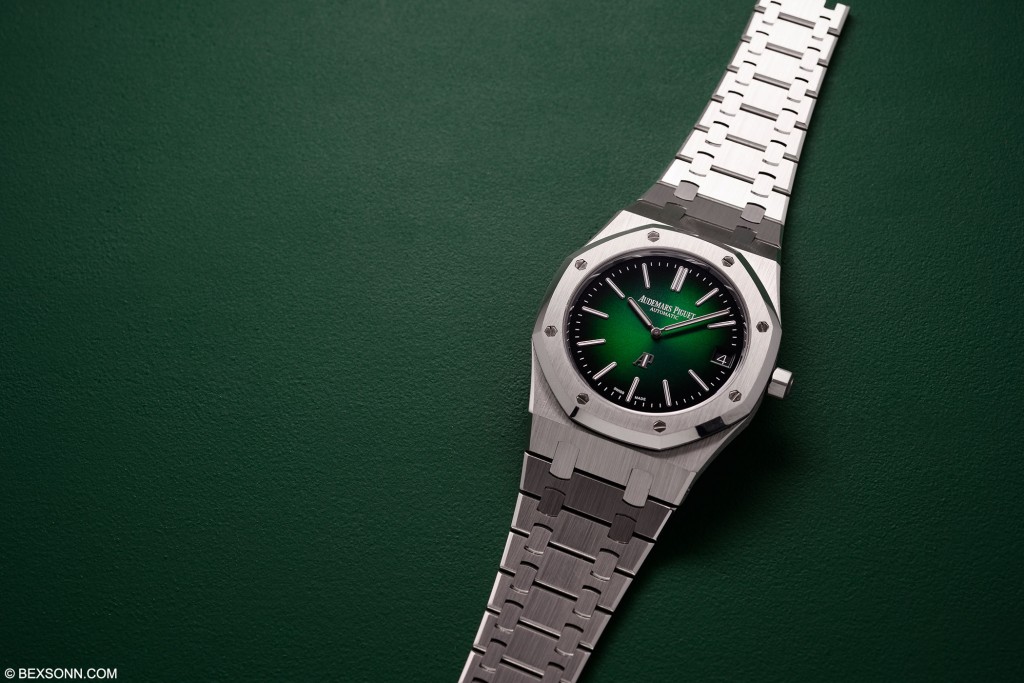 The case on this new platinum RO ‘Jumbo’ is expectedly excellent and measures the same 39mm in diameter. The Genta designed bracelet of the Royal Oak is second to none, with a combination of brushed surfaces and polished bevels, it really showcases the excellence of the manufacture. While the AP folding-clasp is easy to use and the bracelet is extremely comfortable, the weight of the watch, as it is solid gold, is something that one would need to get used to. 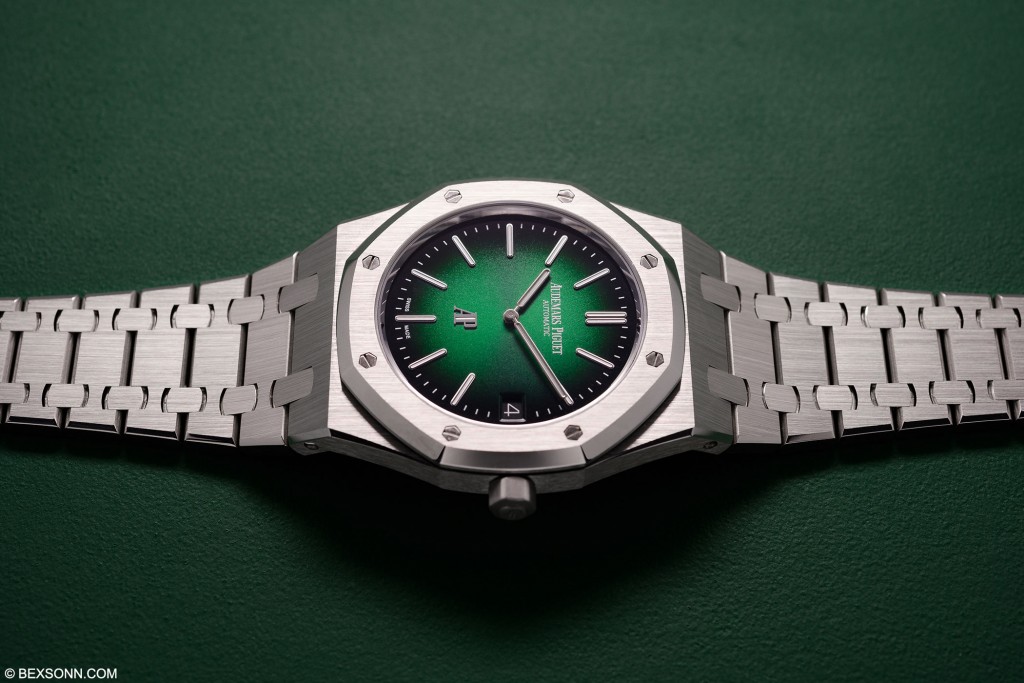 The Audemars Piguet 16202PT features the same fume green dial, which is one of my favourite aspects of this Royal Oak. As already mentioned, we managed to get our hands on last years platinum release and now of course this years and looking at images side-by-side there does appear to be the slightest difference, and when I say slight I mean ever-so-slight. In the images that I took of this specific example there doesn’t appear to be that much of a sunburst look, which was more prominent in the 15202PT from 2021. That said, this could just be down to the individuality of each dial… 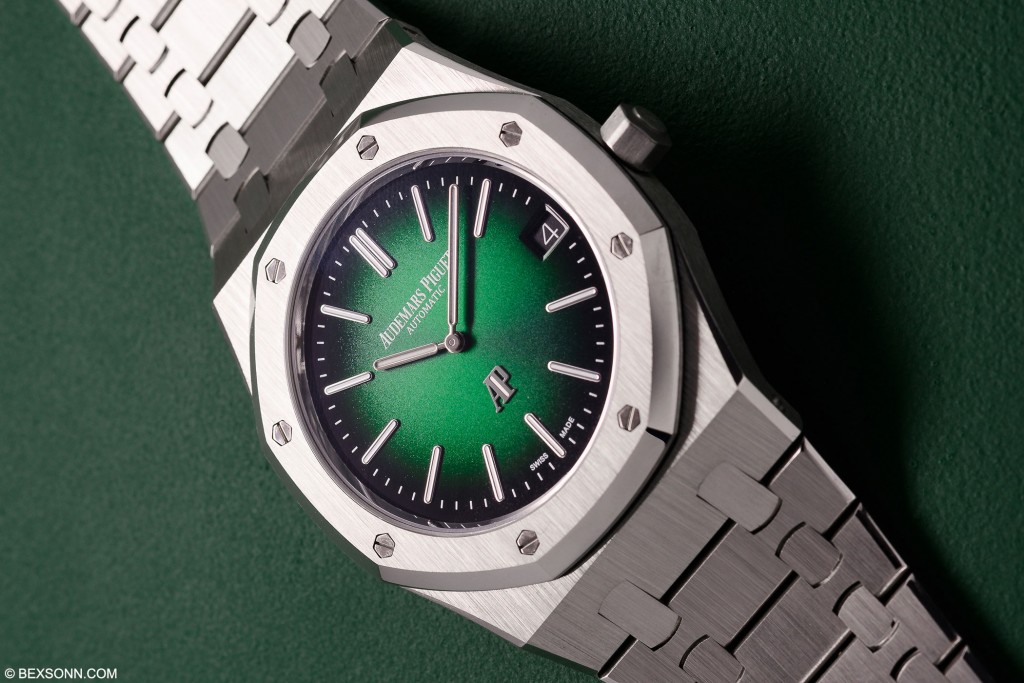 Nonetheless, the deep green hue used on this dial is still as seductive as ever and it is further emphasised by the stark 950 platinum case. It features white gold applied hour-markers and Royal Oak hands, that have been treated with luminescent coating, aiding legibility in dim light. The “Audemars Piguet” signature is positioned below noon, while the AP initials are located at 6 o’clock, as “Jumbo” convention dictates.

The Royal Oak Extra Thin in 950 Platinum ref. 16202PT.OO.1240PT.01, with a smoked green sunburst dial, is price on request but judging from last years piece it will be in excess of £80,000. For more information on this new piece, visit audemarspiguet.com.