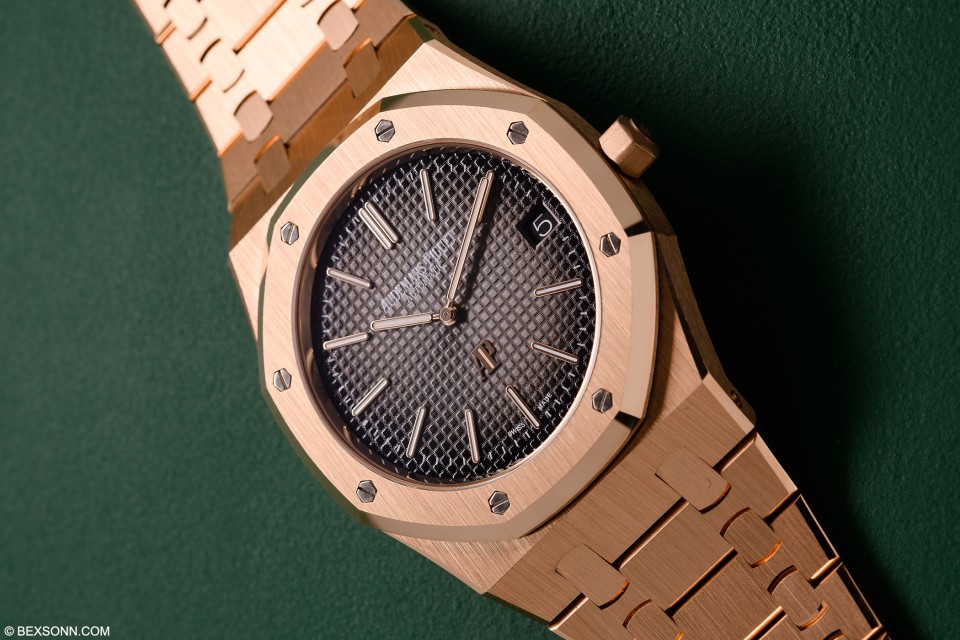 Today we are going to have a look at a forgotten gem from 2022 – the RO Jumbo in Pink-Gold. The Royal Oak ‘Jumbo’ has been a staple Audemars Piguet since 1972. Along the way it has seen quite a few changes and for better or worse, changes will divide opinions, but this latest iteration may have finally brought the Royal Oak ‘Jumbo’ in the 21st century. As you likely know, the reference 15202 was discontinued by AP last year, which got many thinking what may happen to the RO ‘Jumbo’ and if there was going to be a new one what would it look like, would the size, layout and dial remain the same or would AP tinker just a little too much? Finally, that question was recently answered with the latest iteration of the RO ‘Jumbo’ – the reference 16202. 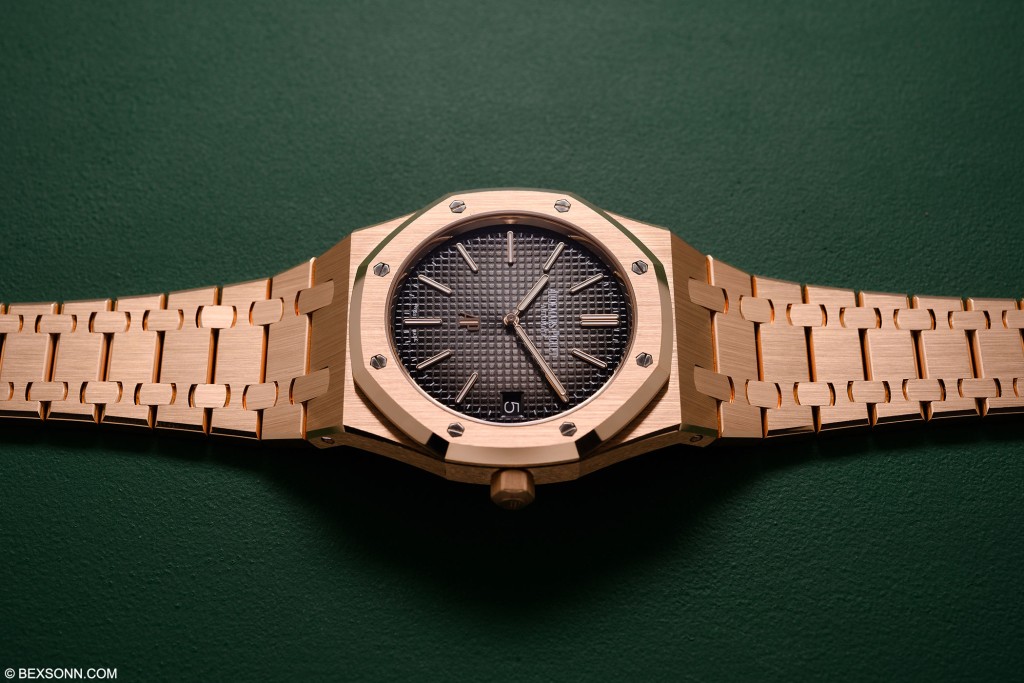 Audemars Piguet are known for breaking the rules but in the case of the Royal Oak ‘Jumbo’, it’s the same extra-thin, 39mm, self-winding, sweeping second-less iconic watch we’ve all come to know and love, and it’s a wonderful thing. As the saying goes “if it’s not broken don’t fix it” but look for marginal gains towards perfection and this is what AP have achieved with the 16202. 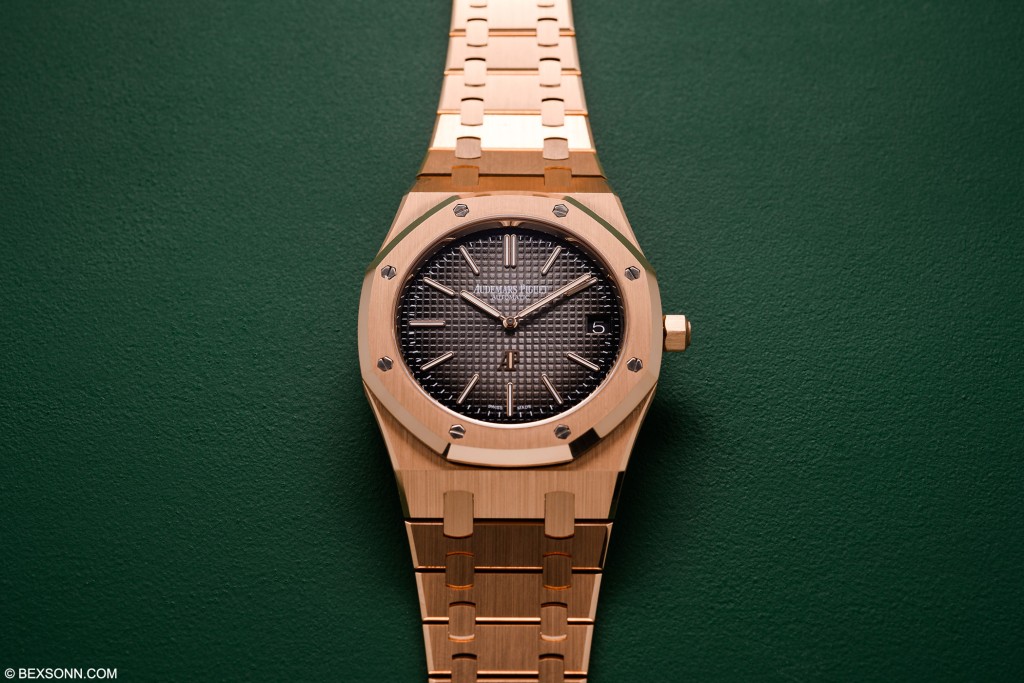 The 16202 is basically the same as the 15202 but with a new dial and calibre. In the grand scheme of things this perhaps isn’t that big of a change but to some people who treasure what made the 5402, 14802 and 15202 special this change may just be a step too far for them. The one thing that always connected those past references was the movement; the AP Calibre 2121, which was developed by JLC as the calibre 920 – half a century ago. This movement is what made the Royal Oak possible, at the time it was the thinnest self-winding calibre at just 3.05mm thick, which afforded the moniker “Extra-Thin” to the title of the Royal Oak.

By AP essentially changing the heart of Royal Oak, can the new 16202 still bear the torch for the Jumbo? Let’s see. Have the dimension changed in anyway, nope it’s still the same svelte 39mm x 8.1mm case that the 15202 came in. So, exactly what has changed and what has been done to accommodate any changes. 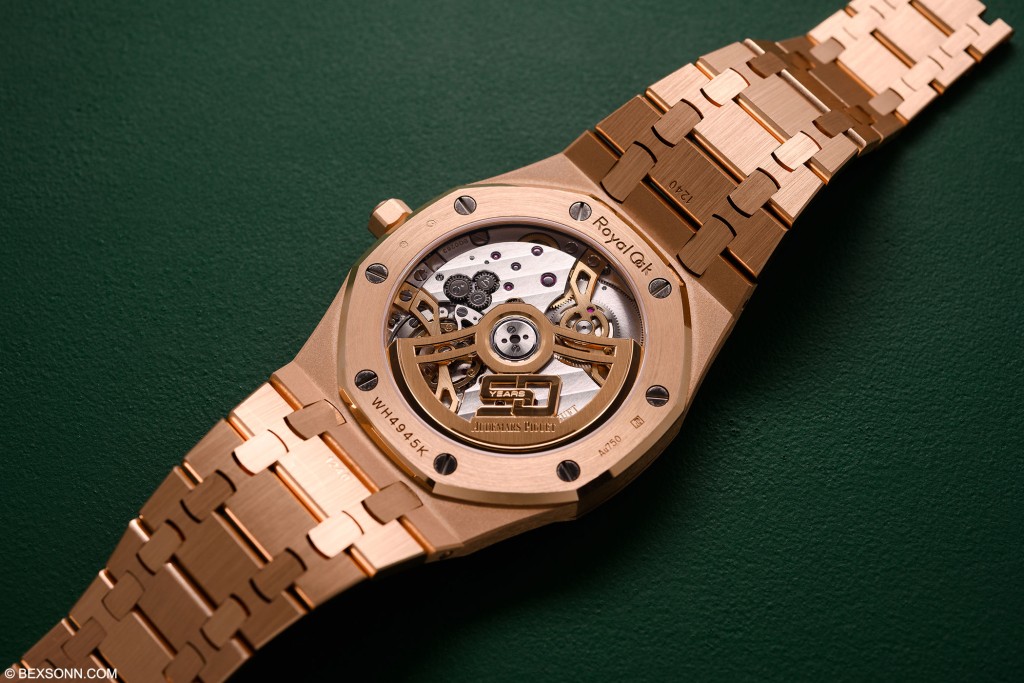 Five years of development were necessary for the realisation of the new Calibre 7121, which is endowed with more energy than its predecessor and is also equipped with a contemporary central oscillating weight mounted on ball bearings that utilises two reversers developed in-house to ensure bidirectional winding. Its balance wheel is fitted with inertia blocks that have been directly inserted within the balance wheel to avoid unnecessary friction. In addition, Calibre 7121 is equipped with a patented extra-thin low-energy date-setting mechanism. This removes the laborious task of rotating the crown back and forth to set the date, and while this doesn’t sound like much one must remember that octagonal crown is the most comfortable thing to twist. 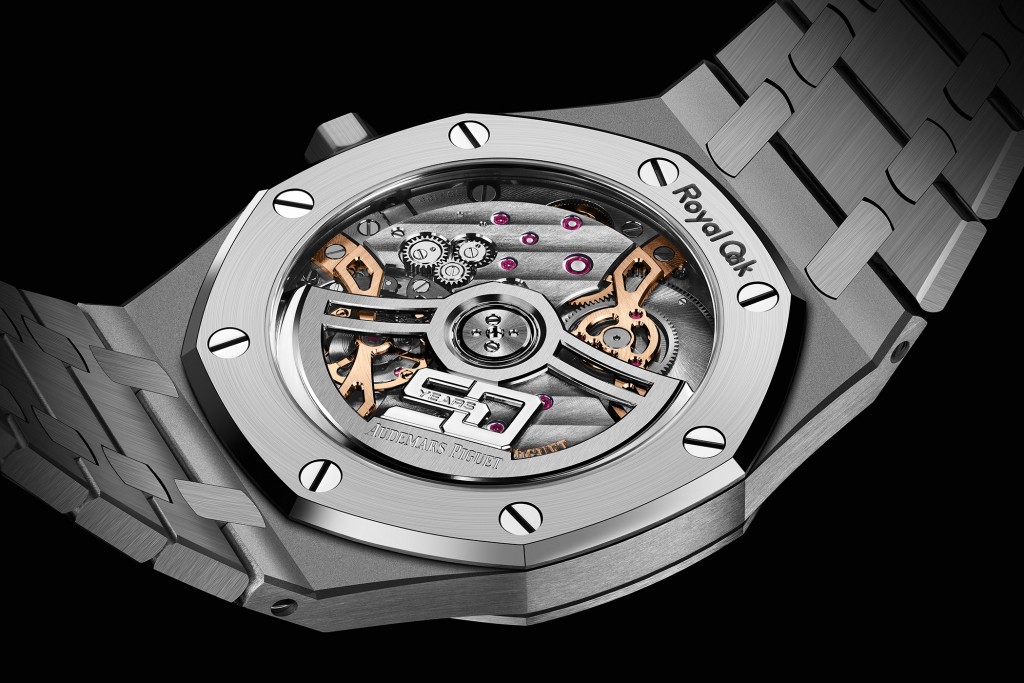 Upholding fine watchmaking tradition, Calibre 7121 has been finished with refined Haute Horlogerie decorations such as “Côtes de Genève,” “traits tirés” and circular graining that can be admired through the watch’s sapphire caseback. And just to make things a little more special, the new Royal Oak “Jumbo” Extra-Thin timepieces are fitted with the dedicated anniversary openworked oscillating weight in 22-carat gold, which features the “50 years” logo and the engraved Audemars Piguet signature. For the occasion, the oscillating weight has been matched to the colour of each case – a practice usually reserved to complicated timepieces. The “50 years” oscillating weight will be fitted to the Royal Oak anniversary models throughout 2022. 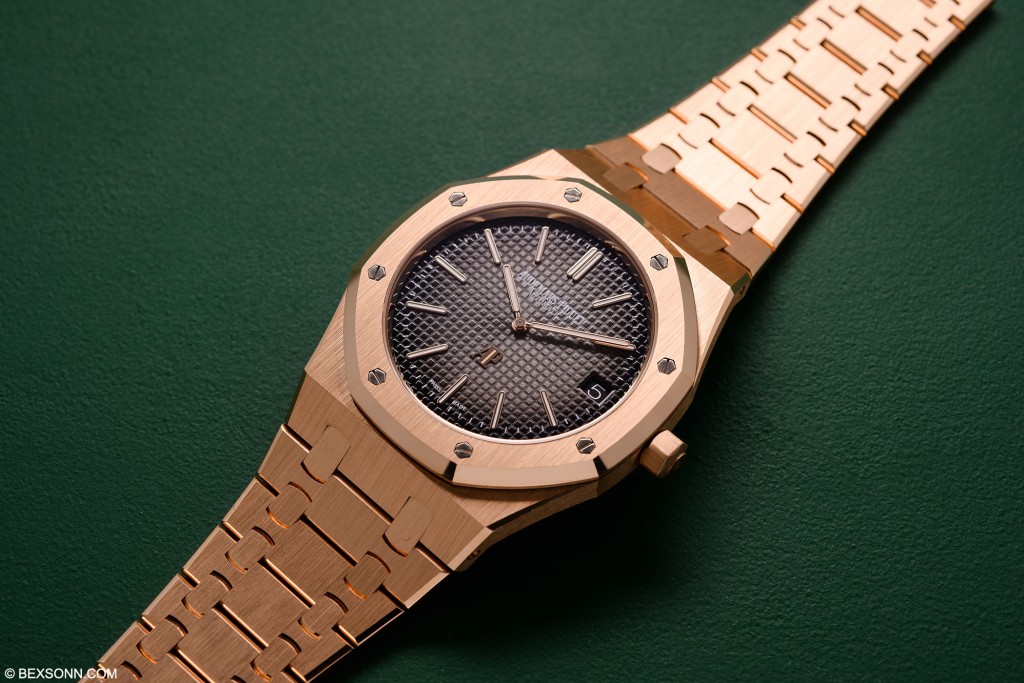 Other than the new calibre 7121, the Royal Oak ‘Jumbo’ is still the same watch many have come to admire over the many years it has been in production. The dial features a new hue which is called smoked grey, which graduates from light grey to dark grey. It has kept its original baignoire or “bathtub”- shaped hour-markers and hands, which enable the luminescent material to be poured in for optimum legibility. The dial has also retained the polished gold applied AP monogram at 6 o’clock, as well as the printed “AUDEMARS PIGUET AUTOMATIC” mention at 12 o’clock. The “SWISS MADE” indication, which came to replace “SWISS” around the mid-1980s, remains positioned at 6 o’clock, with the words SWISS and MADE on either side of the hour-marker to balance the dial. 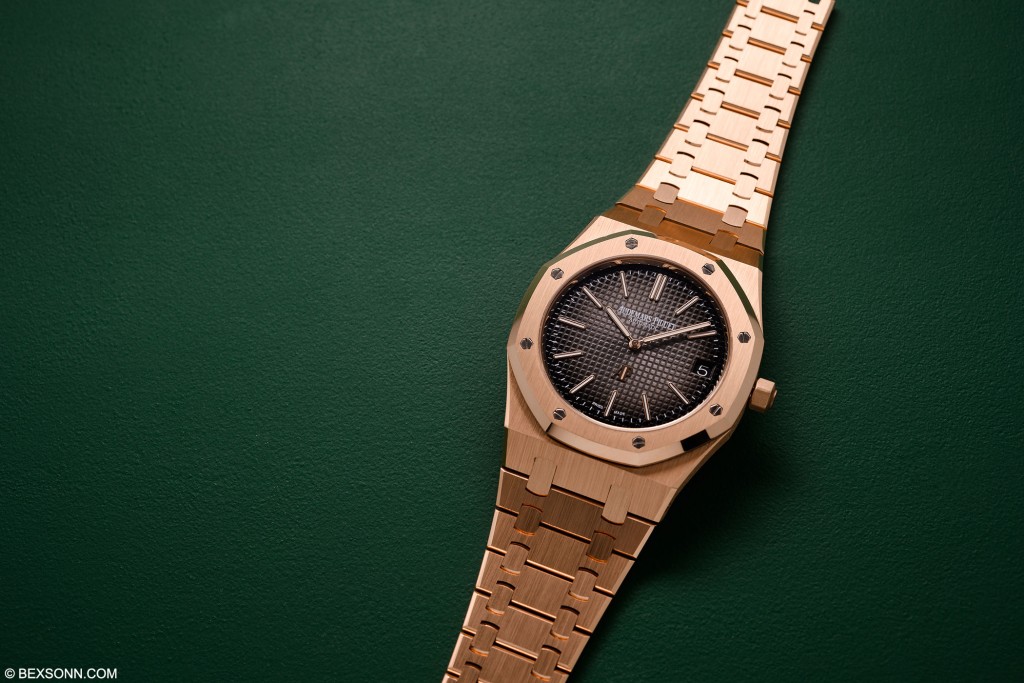 The AP Royal Oak Extra-Thin Jumbo has always had an air of timelessness to it, which is by and large because of one defining factor: good design. Good design is timeless, but this element alone isn’t enough. The brand itself also must believe in the classic nature of the product too – hence its popularity and longevity. Very few watch brands tend to do this and often we see watches that have been upsized, bloated, and tweaked beyond recognition that in time fade, simply because it is designed with a “whatever is in vogue” kind of attitude. The Royal Oak was a bold design, a design that has stood the test of time and this pink-gold ref. 16202OR is a beautiful thing.