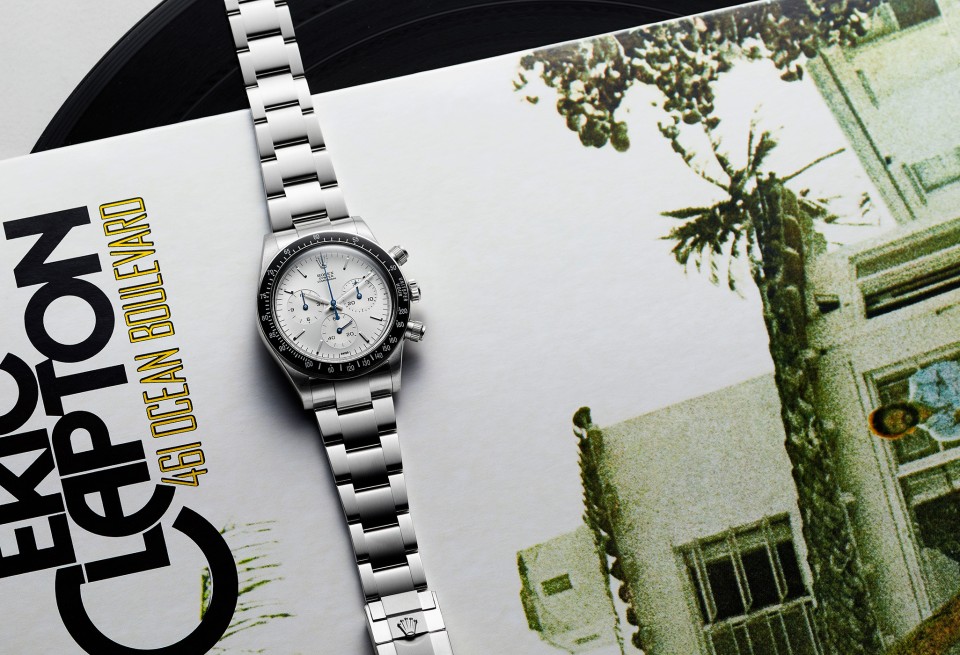 This doesn’t happen often; in fact, it has never happened before – so perhaps get used to the fact this might be the one and only time this will happen – but just a few weeks ago Artisans de Genève introduced (quite possibly) the coolest tribute watch you are likely to see this year. However, I think it is important to note just who Artisans de Genève are. Through the years we’ve seen many watch modification houses (most notably Bamford), however, Artisans de Genève are somewhat different in how they approach their modifications, and quite rightly so deserve the title artisans.

Artisans de Genève is a watchmaking workshop based in Geneva, Switzerland, offering an exclusive service of watch modification for private customers. Their modifications are made exclusively upon request on a very limited capacity, by independent and highly skilled craftsmen. As previously said, Artisans de Genève are independent, and their independence is a testament of quality and creativity. The inspiration for their latest creation has some serious credentials, as well as rarity but Artisans de Genève have created a fitting tribute, however, I think to really understand why you’ll need some context.

The Rolex Cosmograph 6263 is a rather special piece and as you may already know, the detail is in the dial. To date, only four examples of the reference 6263 “Albino” white dial have surfaced, making it one of the rarest Cosmographs you will ever see. The minor difference between these and an ordinary run of the mill, white dial 6263, are the sub dials, which feature the same silvery sunburst finish of the dial – lending to the nickname it has been given; “Albino”. The Albino Daytona is indeed unusual and rare, but it can also boast of something else too. None other than one Mr. Clapton owned one, which he purchased in the late 1990s and some years later it was auctioned by Christie’s New York on the 5th of June 2003 and then auctioned again in 2015 by Phillips.

The ref. 6263 “Albino” is a curious timepiece, as it’s hard to fathom just why it was made and also why in such a small quantity? Of course, there are other rare Daytona examples in existence, such as the prototype Yacht-Master Paul Newman, but the difference here is that the ‘Albino’ Daytona wasn’t a prototype. So, re-creating quite possibly the rarest steel Daytona can’t be taken lightly and Artisan de Genève has definitely done it justice by paying attention to the details.

Firstly; the ceramic bezel has been replaced with a bakelite one crafted in Artisans de Genève’s Swiss workshop. The dial has then been reworked with a hand-finished silver sunray. The counters feature three distinctly shaped hands: a tie at 3 o’clock, a straight stick at 6 o’clock, and a pointed stick at 9 o’clock entirely flame-blued, rare and traditional know-how giving them a unique colour. As a tribute to the original design, the traditional pushers have been replaced by ‘Millerighe’ MK00 pushers crafted in their workshop. Furthermore, as the case is based on the current ref. 116500LN Daytona, you’ll notice the case has been modified. The crown guards have noticeably been removed but perhaps what goes unnoticed is the fact the case and bracelet has been satin brushed, with only the case sides retaining a high polish.

But Artisans de Genève didn’t stop at the aesthetics, they’ve also modified the original 4130 movement into a self-winding one giving the owner’s timepiece a 72-hour power reserve. For a unique finish, the balance bridge, the heart of the movement has been entirely designed by the swiss craftsmen and displays several high watchmaking finishes: extra-fine, mirror- polished, and inner angles.

The Artisans de Genève Tribute to the 6263 Albino is rather fitting, with close attention paid to finer details, which have been reinterpreted in a modern manner. And with that in mind, I believe this is the exact audience AdG have targeted; collectors who appreciate the rare vintage pieces of yesteryear but perhaps want the robustness that comes with modernity. That said, whoever manages to get their hands on one of these latest projects from Artisans de Genève won’t be disappointed.

For more information on price and availability on the Artisans de Genève Tribute to the 6263 Albino, visit artisansdegeneve.com