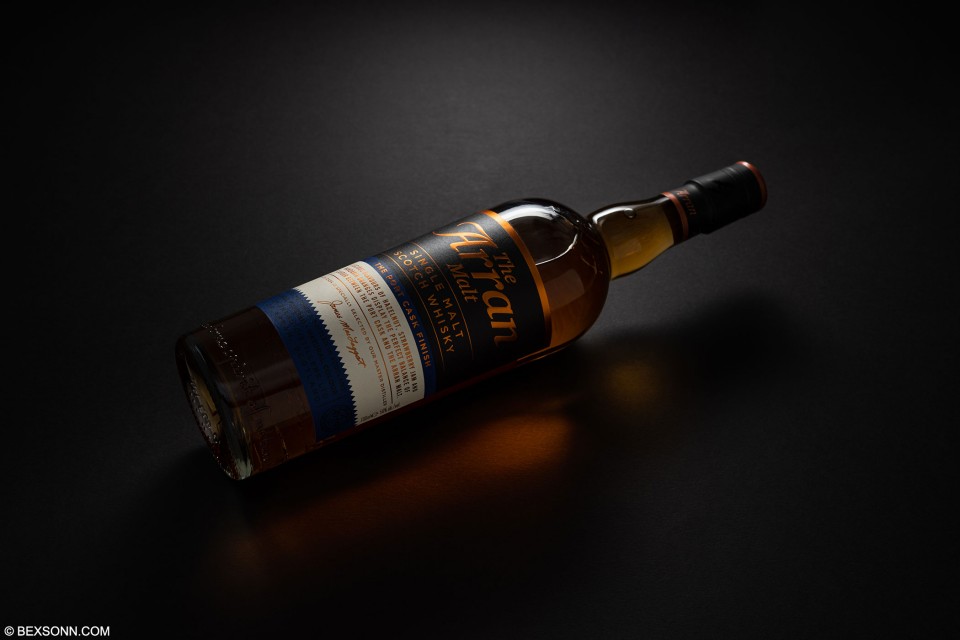 New Year and a relatively new distillery we’ve yet to post tasting notes on. 1995 doesn’t seem that long ago, and yet that was 25-year ago – my goodness time flies. 1995 was the year that the Arran distillery was founded on the Isle of Arran. In the 19th century, the south-end of Arran was home to some 50 illicit distillery and also home to perhaps only one licensed distillery and in 1995 whisky distillation was brought back to this unique area of the Island. This particular expression has been initially matured in traditional oak casks and then finished in specially selected port wine casks sourced from a prestigious producer of this iconic Portuguese fortified wine by the master distiller. The result? A rather tasty, full-bodied and flavoursome drop of single malt.

On the nose: there is a warm invitation of marmalade, marzipan, sultanas, crisp red apples and vanilla. These initial notes are closely followed by pears, honeydew melon and a hint of apricots. Notes of cinnamon, cloves and nutmeg start to emerge alongside notes of figs, toffee and milk chocolate. Completing the nose are notes of brown sugar, lemon zest, hazelnuts and strawberry jam. On the palate: those warm and sweet notes of sultanas, marmalade, brown sugar and strawberries are ever-present, alongside notes of honey, apricots and orchard fruits. Notes of cloves, mixed spices, nutmeg and cinnamon start to emerge, with a velvety and creamy texture. Rounding-off the palate are notes of marzipan, figs, liqourice, a bitter coffee note and menthol note. The finish: is long, bittersweet, with lingering subtle spices, honey and jam.

The verdict: As I’d mentioned at the start of these notes that we’d never posted tasting notes on anything from the Arran distillery but I think it is fair to say we are rather impressed. This is a drop of liquid gold that intrigues from the nose to palate, which is rich in depth of flavour that is quite nicely balanced. With a ABV of 50%, it doesn’t really require any water, though allow it to breathe for around 5 minutes or so does help to yield more notes.

The Arran Port Cask Finish Single Malt Scotch Whisky is available to purchase at any well-stocked whisky shop and is priced at £45. For more information on The Arran , visit arranwhisky.com