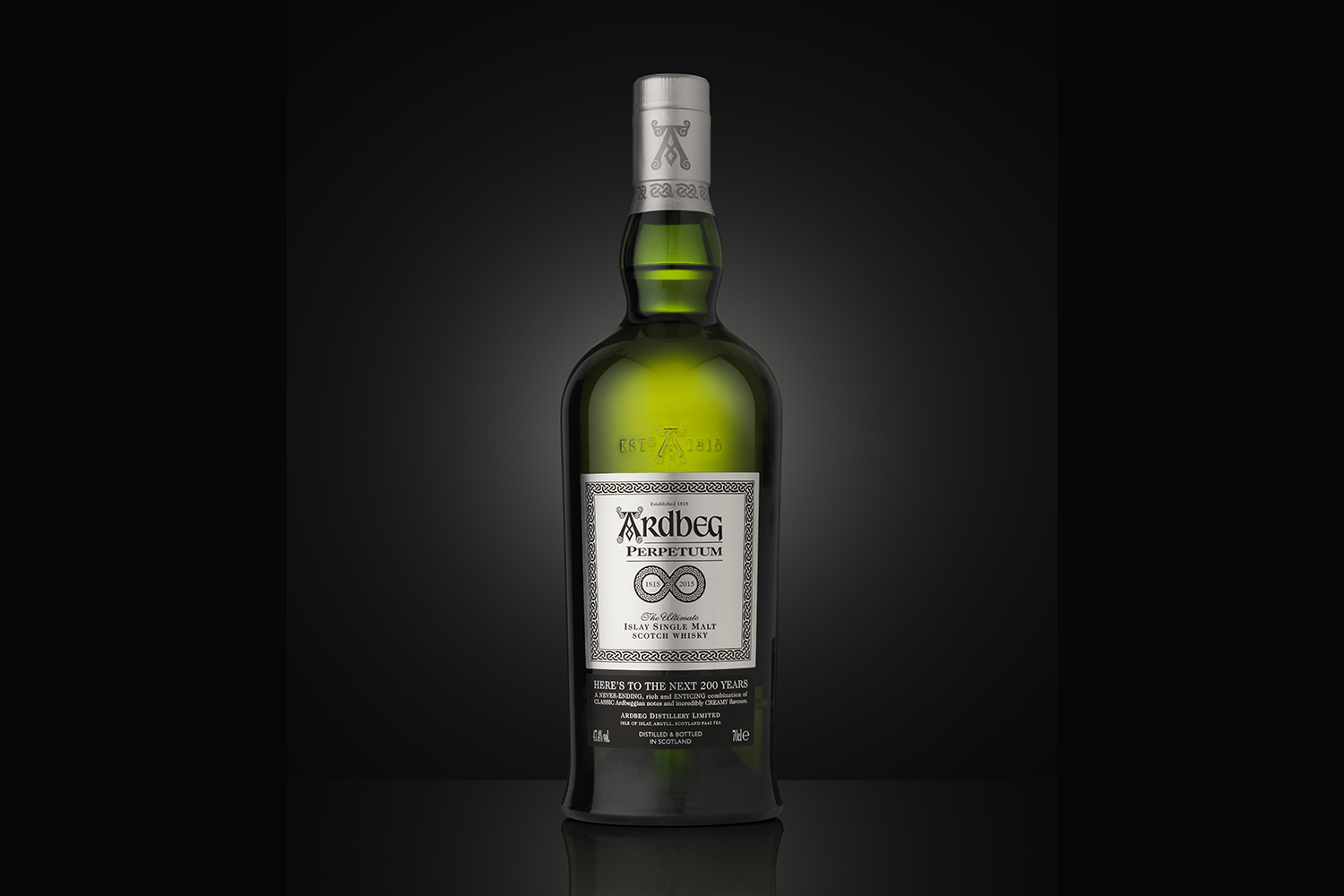 Ardbeg Perpetuum Islay Single Malt Scotch: It has been 200 years since Ardbeg single malt whisky was first distilled on the Scottish island of Islay and 15 years since the legacy of this cult whisky was safeguarded by the foundation of the Ardbeg Committee. The future of the distillery was guaranteed in 2000 when it formed one of the most passionate and devoted whisky fan clubs in the world with the creation of the Ardbeg Committee – to ensure “the doors of Ardbeg never close again”. Today the Committee has 100,000 members in over 130 countries and Ardbeg Day has become a global annual event.

To commemorate the distillery’s bicentenary, the Director of Distilling, Dr. Bill Lumsden, has created something rather special: The Perpetuum. Ardbeg Perpetuum is inspired by the many styles, ideas and quirks of fate which have influenced Ardbeg over time; it combines some very old and young Ardbeg, silky Ardbeg from bourbon barrels and some spicy Ardbeg from sherry casks. Creating a rich and enticing combination of classic Ardbeggian notes and incredibly creamy flavours according to Dr. Lumsden.

On the nose: you’ll get a lovely waft of sweet caramel, vanilla, almonds and intense notes of peat. This will be followed up by hints of sherry, dark chocolate and fennel seed. Some spicy notes will start to emerge, alongside cinnamon, cedar wood, thyme and the slightest hint of sea-salt. On the palate: those sherry notes are more present, followed by vanilla, those almonds, aniseed and that dark chocolate nosed. A touch of zest can be detected, along with intense peat, a touch of linseed oil, cinnamon, spices and oak. The finish: medium to long, with sweet sherry and lingering peat and oak!

The verdict: Until now, I’ve never knowingly tasted Ardbeg but this Perpetuum is somewhat impressive. Smooth, well-balanced, with just the most delightful notes that just never seem to end. Being an Islay Scotch malt, Ardbeg naturally has notes of peat but this never seems to override or overwhelm the sweet fruitful nature of this dram. Ardbeg Perpetuum is non-chill filtered and is bottled at 47.4% ABV, though during my tasting it required just a touch of water to unlock the full plethora of notes available on the nose and palate.

For more information on this Perpetuum, visit the official Ardbeg website.