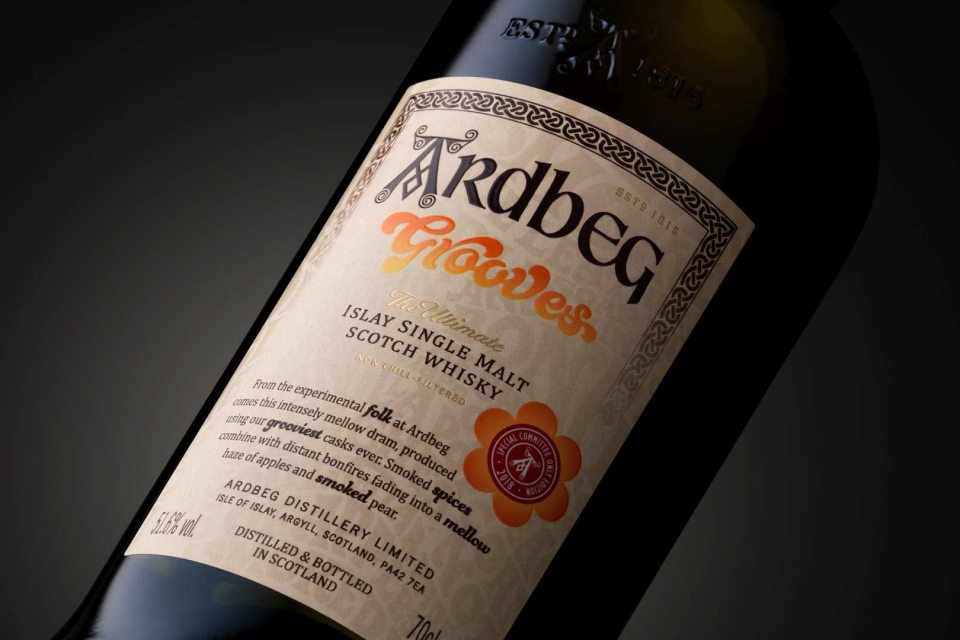 Ardbeg prides itself on being The Ultimate Islay Malt Whisky.  Established in 1815, Ardbeg is revered by connoisseurs around the world as the peatiest, smokiest and most complex of all the Islay malts.  Despite its smokiness, Ardbeg is renowned for its delicious sweetness, a phenomenon that has affectionately become known as ‘the peaty paradox’.  During the 1980s and 1990s, Ardbeg suffered from an uncertain future and it was not until the brand was purchased by The Glenmorangie Company in 1997 that the Distillery was saved from extinction.  Since then, the Distillery has risen like a phoenix and today Ardbeg is well established as a niche, cult malt, with a passionate following.

Every year, the Islay Festival of Malt and Music takes place in May or June on Ardbeg’s island home. On the Festival’s final Saturday, Ardbeg Day, the Distillery traditionally throws open its doors to welcome fans from all over the world. In 2012 Ardbeg Day became a global event, enabling the whisky’s passionate international following to take part in a worldwide celebration of all things Ardbeg in their own country. Recent Ardbeg Day themes have included the Islay-limpics and the Peat Football World Cup, while in 2015, Ardbeg Day celebrated the single malt’s 200th anniversary by looking forward 200 years to a retro-futuristic version of Islay in 2215.  For 2016, Ardbeg Day became Ardbeg Night, as fans across the globe recalled Islay’s dark past as a smugglers’ haunt. And in 2017, Ardbeg Day plunged deep under the sea for another legendary celebration.

Ardbeg Grooves is a limited-edition bottling created to celebrate Ardbeg Day 2018. It is the Distillery’s first whisky with a heart matured in wine casks that have been intensely charred to carve heavy grooves in the surface of the wood. The result is a whisky with perfect harmony between smouldering, smoky cinnamon and the sweetness of vanilla popcorn, treacle and pear – with an intensity Ardbeg lovers will adore.

On the nose: there is an inviting waft of toffee, demerara sugar, butterscotch, vanilla and a waft of rosemary. These initial notes are followed by strong suggestions of peat, cinnamon, an old leathery note, tarmac and cracked black pepper. Rounding-off the nose are notes of mint, candy apple, aniseed, salted caramel and a hint of black forrest gateau. On the palate: there is an initial taste of sweetened peat, tarmac, toffee and salty caramel. These flavours are followed by cinnamon, vanilla, aniseed, spicy black pepper and treacle. Finishing off the palate are notes of a dark fruity nature, some spices and herbs, as well as poached pears. The finish: long and peppery , with lingering notes of peat, butterscotch and dark chocolate.

The verdict: This new committee limited expressions has a some interesting but surprising welcomed notes, with lots of texture that leads to some sweet toffee-like notes. The smoky nature of Grooves is more apparent on the nose than the palate but it is still quite subtle. Bottled at 46% ABV, it does required just a touch of water to unlock the full plethora of notes available on the nose and palate and a bit of patience.

For more information on the Grooves, visit the official Ardbeg website.