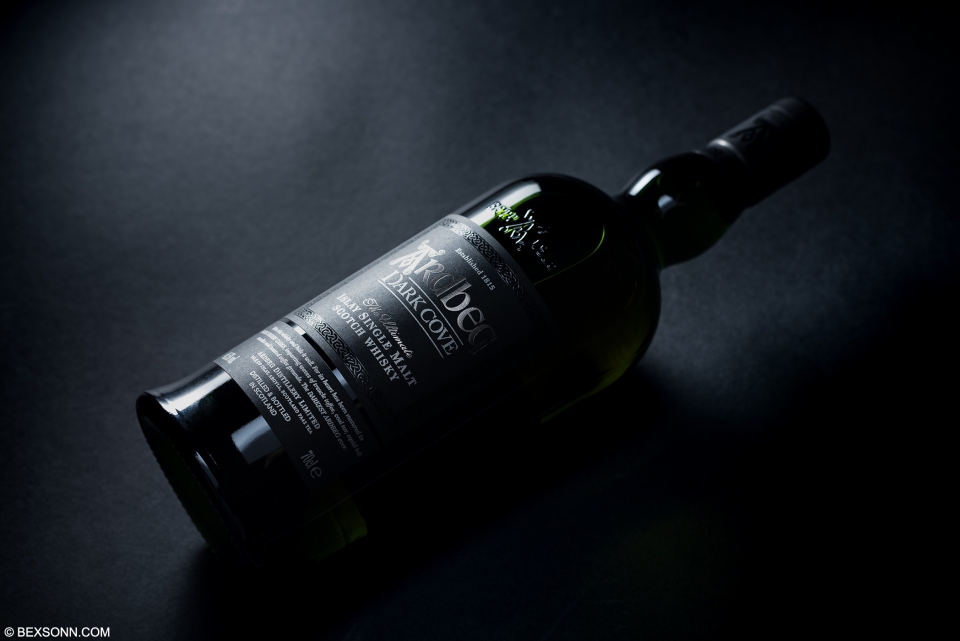 Ardbeg single malt whisky was first distilled on the Scottish island of Islay some 200 plus years ago and in 2000 the future of the distillery was safeguarded by the foundation of the Ardbeg Committee. The future of the distillery was guaranteed when it formed one of the most passionate and devoted whisky fan clubs in the world with the creation of the Ardbeg Committee – to ensure “the doors of Ardbeg never close again”. Today the Committee has 100,000 members in over 130 countries and Ardbeg Day has become a global annual event. For this years special bottling, the Dark Cove was released.

On the nose: you’ll get an intense waft of what smells like fire and brimstone, this is closely followed by notes likened to swamp ash and peat! These notes are then followed by more pleasant notes of toffee, dark chocolate, oranges and fresh coffee. There is a lovely nutty note in there alongside some green herbs, a hint of zest, cinnamon and smoked salmon. On the palate: there is an initial taste of raisins and dates but this is followed by ginger, peppery and peaty notes. Notes of vanilla, coffee, leather and wet tobacco start to emerge. There is an ever so slight suggestion of oranges, which is proceeded by cinnamon, liquorice and smoked salmon. The finish: long, spicy, with notes of toffee, coffee and lingering notes of tarmac.

The verdict: Last year when Ardbeg released the bicentenary Perpetuum, I didn’t know what to expect and was duly surprised. While I had no idea what to expect from the Dark Cove released this year, I was left, somewhat, downcast. Though the Dark Cove is plentiful in notes, it takes some time to unearth them, which seems to throw the balance off in my opinion. Ardbeg’s latest expression Dark Cove, is made up of whisky matured in sherry casks, married with hallmark ex-bourbon Ardbeg. Bottled at 46.5% ABV, it does required just a touch of water to unlock the full plethora of notes available on the nose and palate and a bit of patience.

Ardbeg Dark Cove is available at Whisky specialists and department stores for approximately £95.99.

For more information on the Dark Cove, visit the official Ardbeg website.