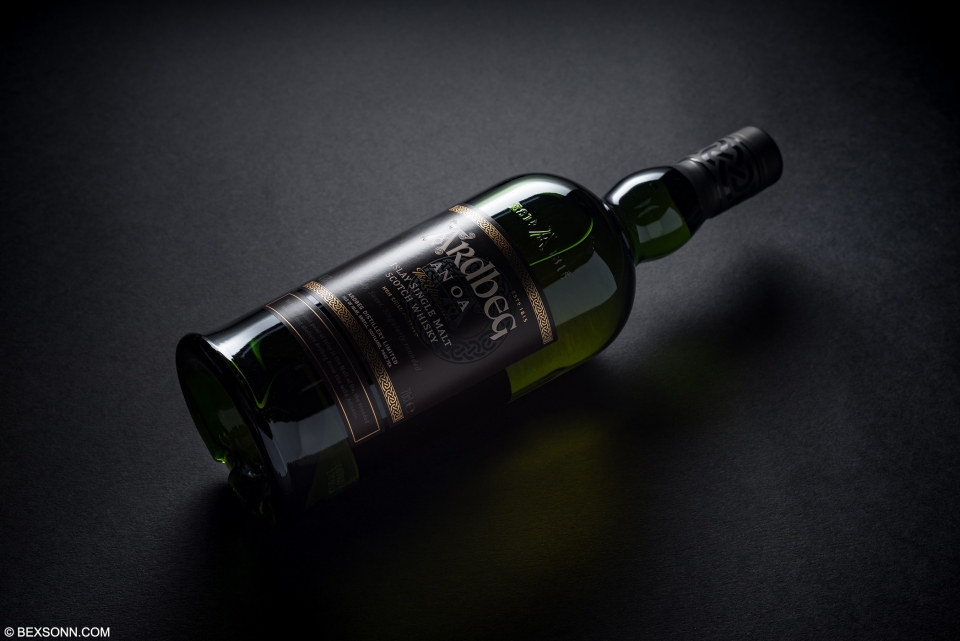 Ardbeg prides itself on being The Ultimate Islay Malt Whisky.  Established in 1815, Ardbeg is revered by connoisseurs around the world as the peatiest, smokiest and most complex of all the Islay malts.  Despite its smokiness, Ardbeg is renowned for its delicious sweetness, a phenomenon that has affectionately become known as ‘the peaty paradox’.  During the 1980s and 1990s, Ardbeg suffered from an uncertain future and it was not until the brand was purchased by The Glenmorangie Company in 1997 that the Distillery was saved from extinction.  Since then, the Distillery has risen like a phoenix and today Ardbeg is well established as a niche, cult malt, with a passionate following.

At the heart of Ardbeg’s Distillery, in its intriguing new Gathering Room, a smoky, sweet and rounded single malt had taken shape. Ardbeg An Oa (pronounced “an oh”) is inspired by the most untamed part of The Ultimate Islay Malt’s remote Scottish island home. Released in September 2017, it will be the first new permanent expression to emerge from Ardbeg for almost ten years. Ardbeg An Oa pays homage to its untamed provenance, with contrasts of powerful intensity and sweet silkiness that celebrate the spot where storm meets calm.

On the nose: there is an inviting waft of butterscotch, vanilla, golden syrup and smoky peat. These initial notes are followed by lemon zest, crème brûlée, toasted oats and a hint of chocolate. There is a suggestion of thyme floating around in there, as well as stem ginger, herbs and lavender. Rounding-off the nose are notes of peaches, banana, sweet and salty popcorn and candy. On the palate: there is an initial taste of golden syrup, butterscotch and salty peat. These are followed by a zesty orange note, vanilla and charred brown sugar. There is an interesting note of minty caramel and subdued spices, alongside some green herbaceous notes eucalyptus and some nutty oak. The palate is nicely rounded off by notes of milk chocolate and tobacco smoke. The finish: long and peppery , with lingering notes of peat, honey and aniseed.

The verdict: This new addition to the Ardbeg range of expressions has a some lovely smooth creamy notes, with lots of texture that leads to some sweet syrup-like notes. The smoky nature of An Oa is more apparent on the nose than the palate but it is still quite subtle. Bottled at 46.6% ABV, it does required just a touch of water to unlock the full plethora of notes available on the nose and palate and a bit of patience.

Ardbeg An Oa is available at Whisky specialists and department stores for approximately £49.00.

For more information on the An Oa, visit the official Ardbeg website.