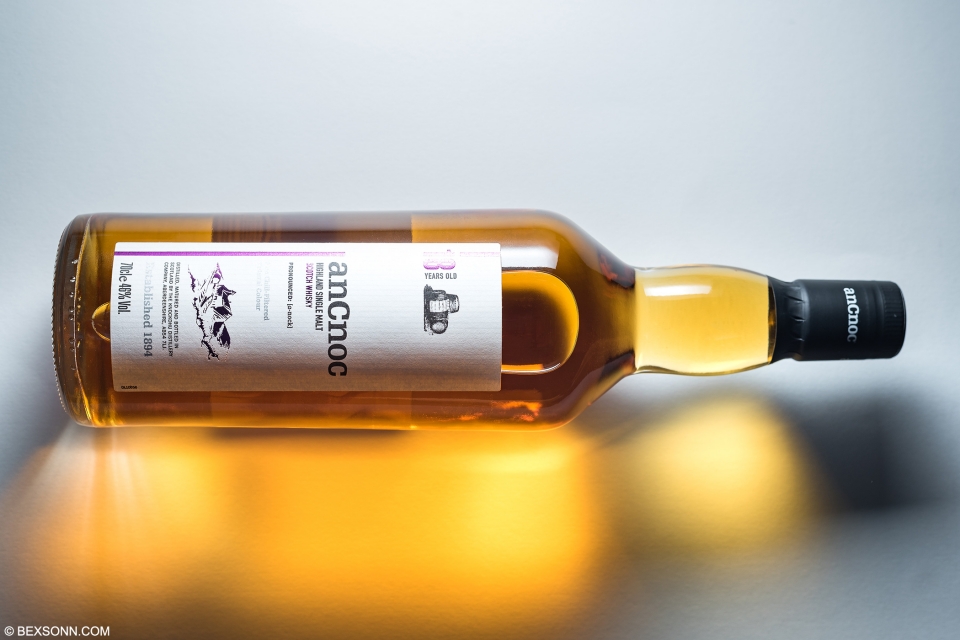 The Knockdhu Distillery was established in 1894 and is one of the smallest in the Scottish Highlands, yet this enchanting distillery is renowned for producing some of the most beautiful scotch. Nestled under the mysterious Knock Hill, known by locals by its Gaelic name ‘anCnoc’ – hence the reason this whisky isn’t named after the distillery but after the anCnoc, which provides the crystal clear spring water source used to make this fine drop. anCnoc 18, has been aged in Spanish oak (ex-sherry) casks and American oak (ex-bourbon) barrels, which lends to its interesting character.

On the nose: are welcoming notes of dried fruit, apples, vanilla oranges and a touch of chocolate. These are closely followed by spicy notes of nutmeg, cinnamon and cracked black pepper. The nose is rounded-off with notes of a leathery, tobacco nature and a hint of lemon zest. On the palate: there are more intense suggestions of nutmeg and cinnamon, followed by those dried fruit notes and vanilla. More notes start to emerge in the form of honey, caramel and candid lemon bonbons. The palate is completed with hint of dark chocolate and oak. The finish: is medium, spicy and dry, with lingering zest and sweetness.

The verdict: The 18-year-old anCnoc is an interesting dram that doesn’t really give too much away initially. However, after a few minutes of air-time it starts to open up somewhat. It is nicely balanced but doesn’t really offer much in the way of distinction, that said, it is still rather tasty. Bottled at 46% ABV, adding water doesn’t really bring anymore to the table, in my opinion but if required, do so only in small quantities. Leaving it to breathe a little also yields more of its fruiter notes.