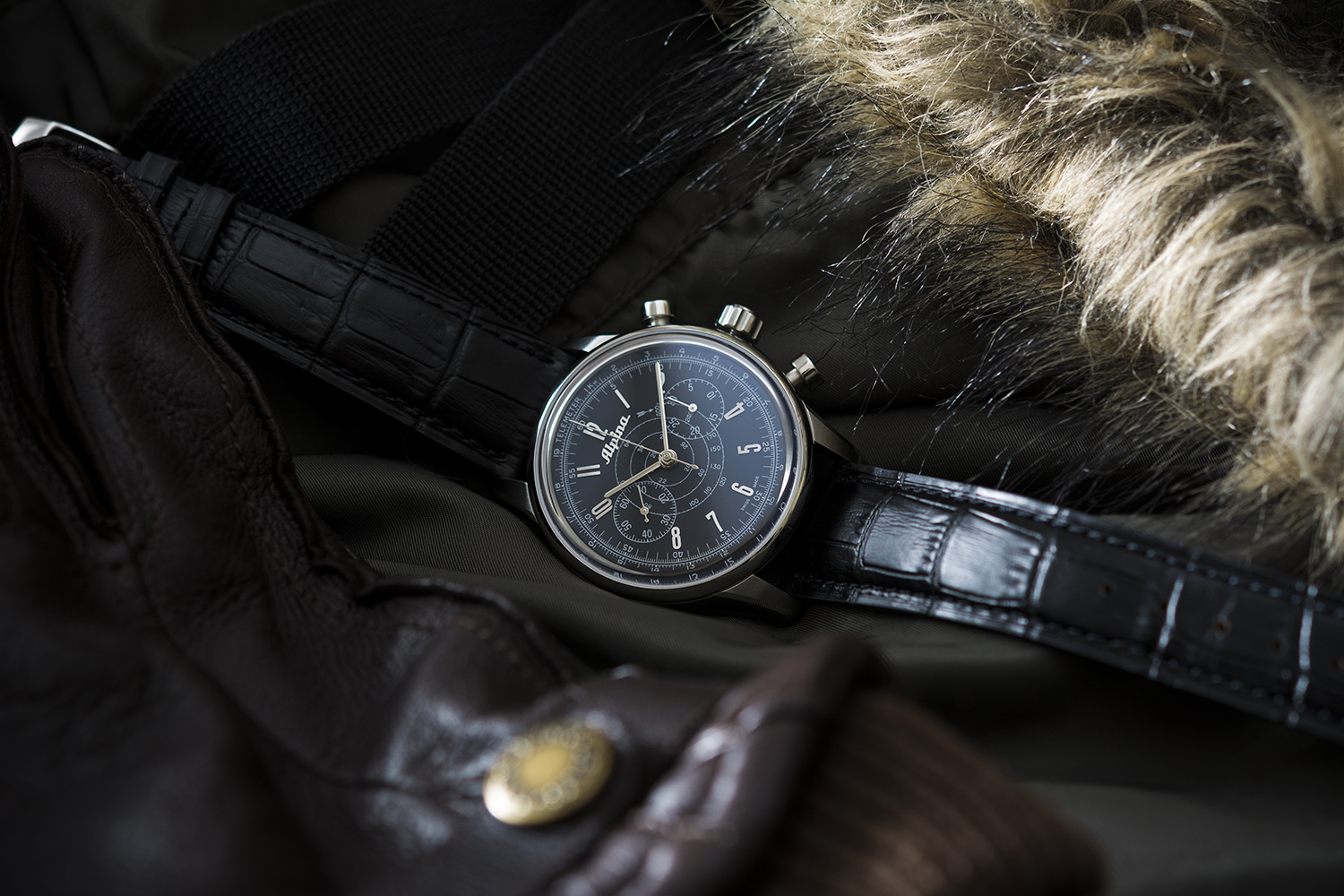 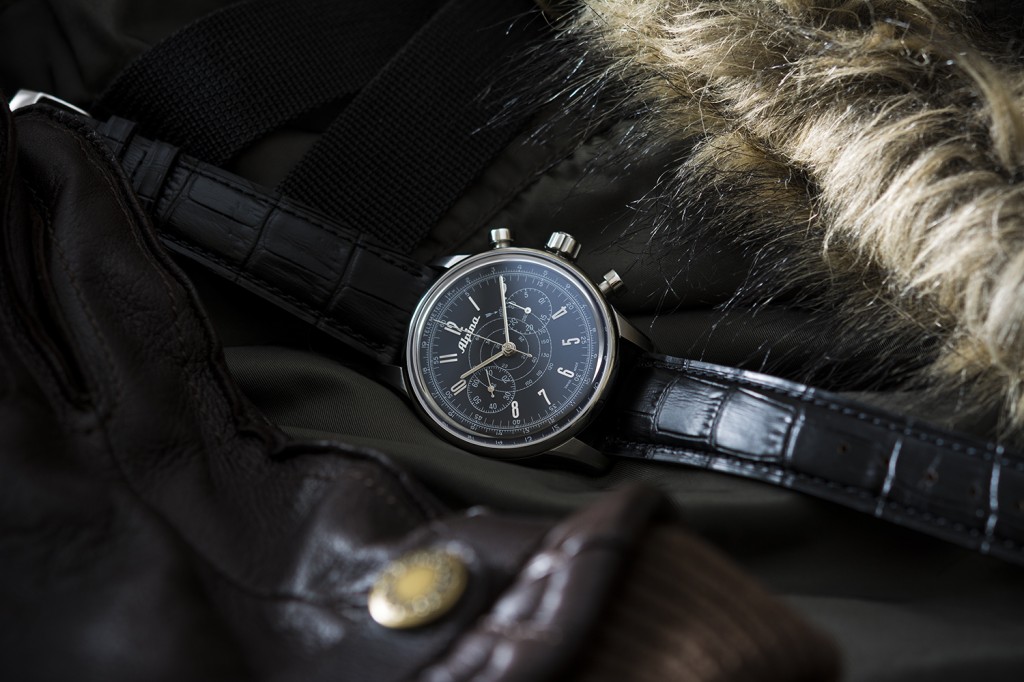 Alpina 130 Heritage Pilot Automatic Chronograph:  A couple of weeks I had this timepiece strapped to my wrist for a few days. Last year Alpina Watches celebrated 130 years of their Swiss watchmaking contribution to the watch industry.  The company has a long and interesting history –the name “Alpina” was first used in 1908, for a line of high quality watches made by a large cooperative association of Swiss watchmakers (Union Horlogère, which was founded all the way back in 1883.)  There were originally 12 movements reserved for the Alpina designation all of which had in common the use of high quality lever escapements, temperature compensated balances and overcoil balance springs.

Fast forward a few decades into 2002 to when Frederique Constant founder and CEO Peter Stas acquired Alpina. Knowing that Alpina had a rich history Peter Stas set about rejuvenating Alpina Watches by rebuilding the company’s reputation and reconnecting it with its history. Fast forward a few more years to the 2013 BaselWorld show, when this timepiece was introduced to the masses. The vintage-inspired Alpina 130 Heritage Pilot Chronograph. 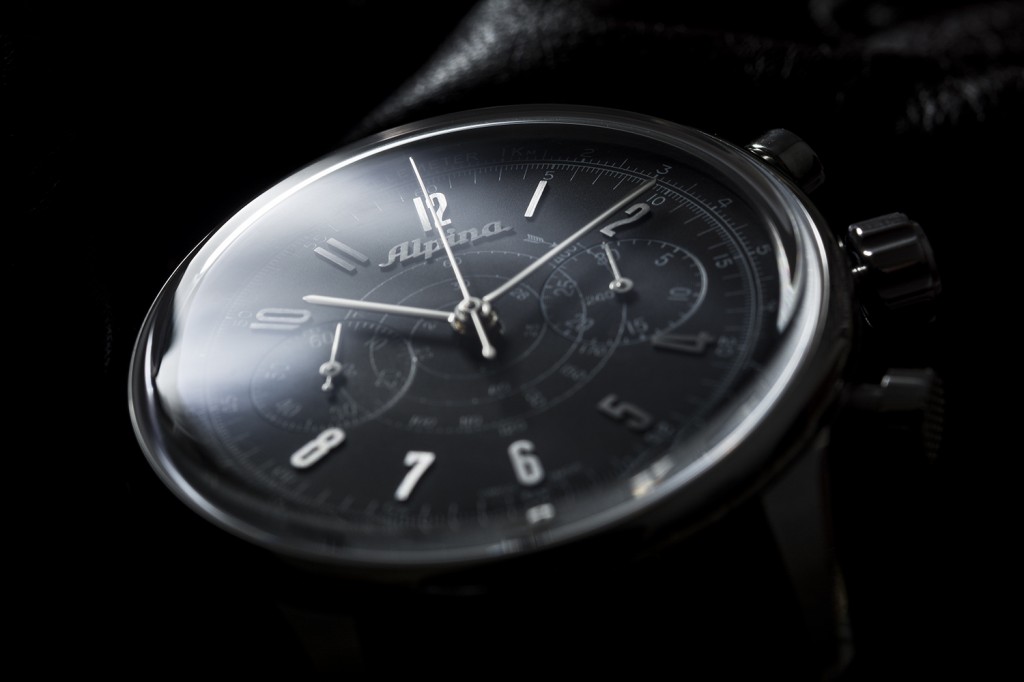 The Dial: Remaining loyal to the naming of this 130 heritage it features a perfectly balanced Bi-compax dial layout.  Adding to the vintage appeal is the snail-style inner tachymeter, as well as an outer telemetric scale. Nickel Arabic numerals have been applied to the dial as well as the “Alpina” logo rather than having them printed; this adds a lovely touch, making the dial look more luxurious and gives it more depth.

The Movement: Inside is the Alpina calibre AL-860, which is not one of Alpina’s 4 manufactured movements but is (according to Alpina) based on the Sellita calibre SW500 (which in turn appears to be derived in its basic design from the legendary Valjoux/ETA 7750.)  The use of a tough, time-tested design is actually quite appropriate and in actual fact has been around long enough to practically qualify as a vintage design in its own right.  While it would’ve been great to see a modernised Alpina column wheel chronograph calibre, like the one used in the original, you can’t really argue with the reliability or the cost saving from this standpoint. While the chronograph start, stop, and re-set don’t have the feel of top tier column wheel movements, they are still crisp, consistent, and give the desired amount of feedback with no-nonsense reliability. 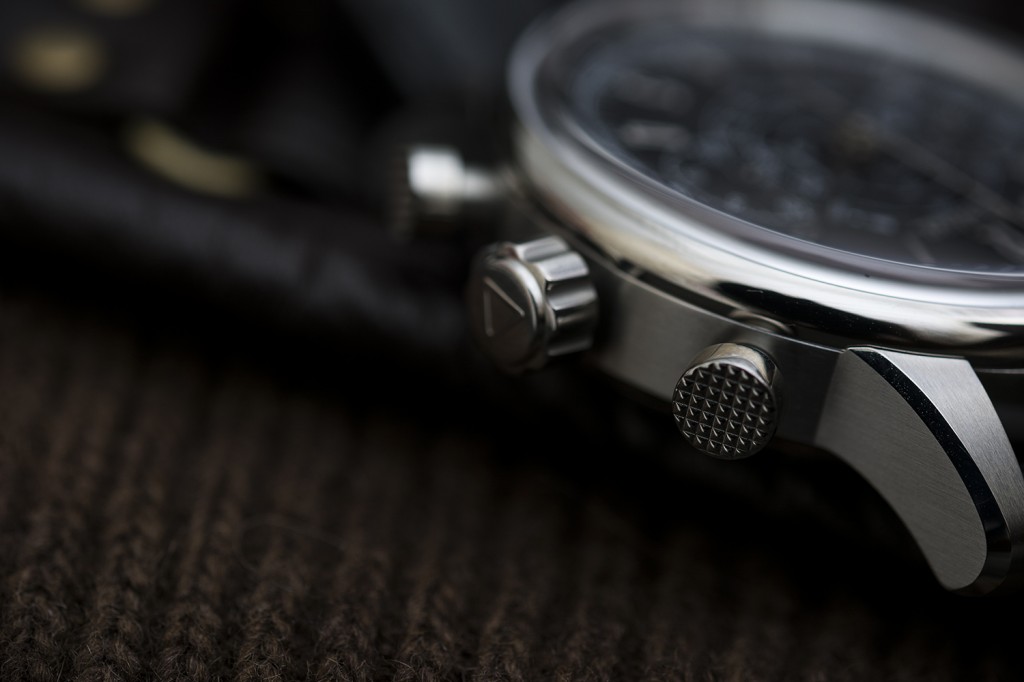 The Case & Strap: The case features what is called by Alpina the “Glass Box” also known as a sapphire sandwich. This stainless steel case has been beautifully finished with brushed sides and lugs, with the bezel being the only part that has been polished. It features a screw down case back which affirms its water-resistant-ness of 5 ATM. The large, protruding crown and pushers really does evoke the design of timepieces from the past and the three-dimensional cross hatched pushers adds distinctiveness and character, while also giving you that extra bit of purchase.  The strap is made of embossed leather and this is one area where I feel this 130 Heritage could’ve been just that little bit better but it still gives the desired look that en masse will be well received. 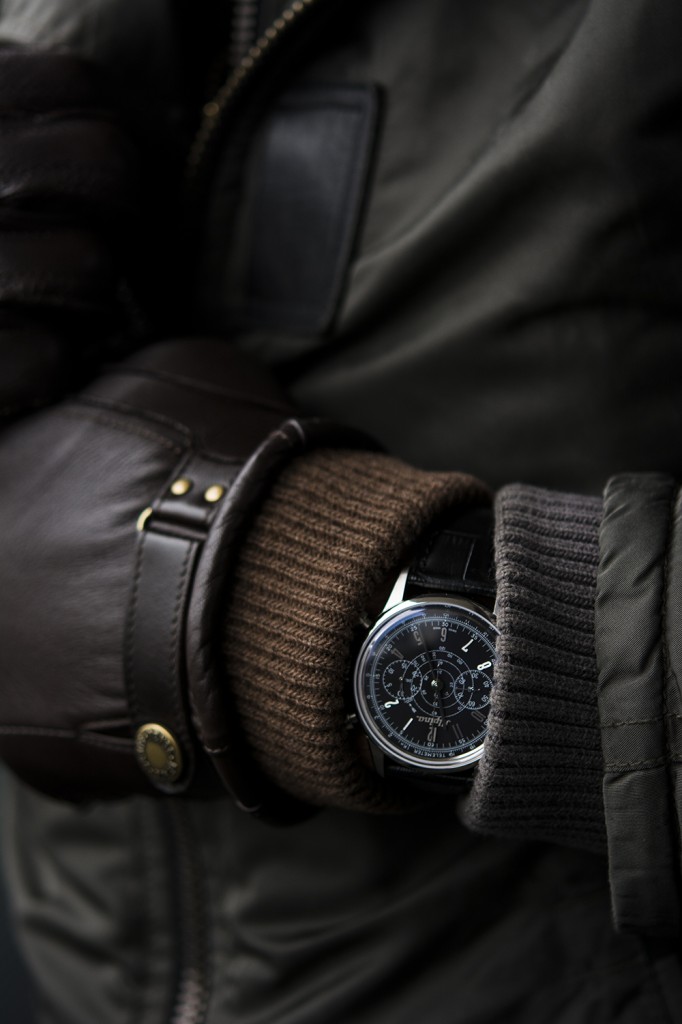 Conclusion: By and large it has been an absolute pleasure donning this Alpina 130 chronograph, which is based on a vintage model from the early 20th Century. It is, in my opinion, a very appealing timepiece. I opted to try out the stainless steel version which I think works better with a black dial. Being 41.5mm in diameter, I thought It might have felt quite heavy on the wrist – however, it isn’t at all. It does have quite pleasing heft to it and doesn’t actually feel that large on the wrist either.  Like I mentioned before the only real let down was the strap, It felt a little bit cheap but it does have desired look. That being said it does tick all the right boxes – good value for money, great all-round execution and it has recaptured the essence of the company’s watchmaking heritage marking its 130th anniversary. 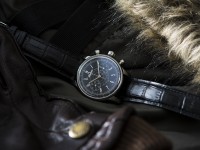 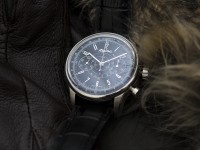 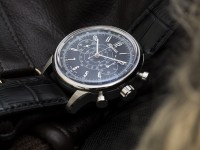 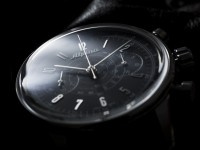 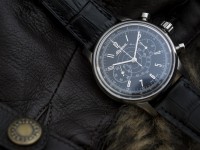 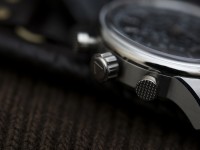 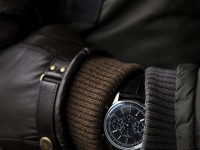 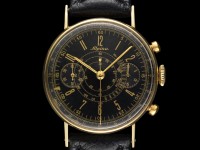