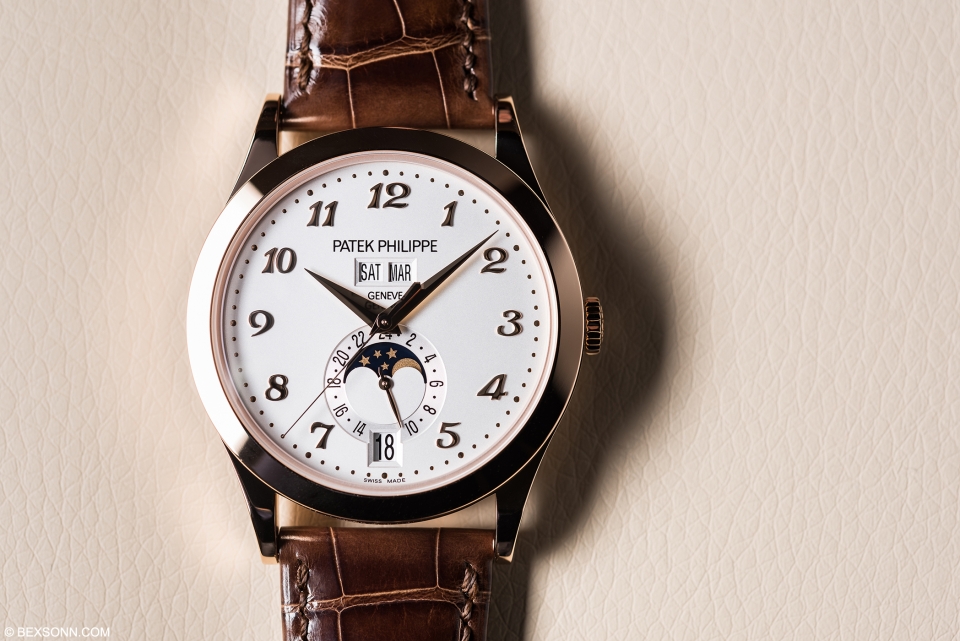 For me, it feels strange to think that the Annual Calendar that takes into account the days of each month except February, was only invented just over 60 years after the first perpetual calendar wristwatch was made. As many of you know, a perpetual calendar is far more complicated and takes into account every month, including February and leap years. It was perhaps not that the horological know how wasn’t there, but just that no one realised it as a practical complication as it seemed neither here nor there. Only in 1996, did Patek Philippe realise the pragmatism in a complication like this, as it provided customers the convenience of not having to set their watch every month without having to shell out for a Grande complication in the form of a perpetual calendar. It was a good compromise between cost, complication and convenience as the name ‘Annual Calendar’ derives from the notion that the user only has to set the watch once a year. 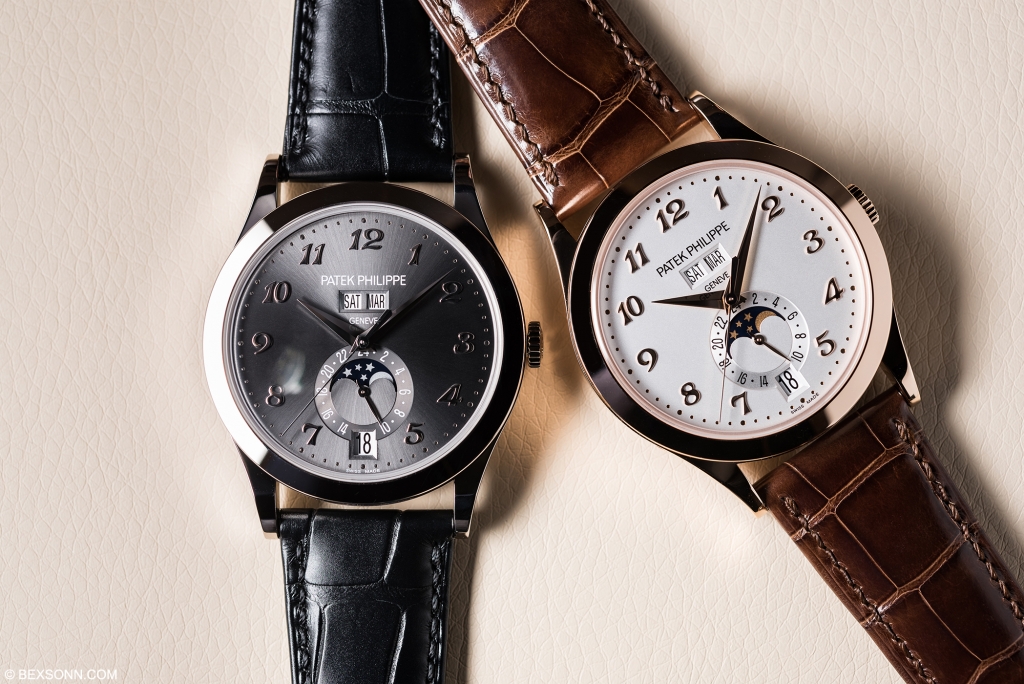 This year, Patek Philippe celebrated the 20th anniversary of their Annual Calendar, which mind you is their bestselling complication (neither here nor there eh?), by releasing an updated version of their much-loved Ref. 5396. This makeover came in the form of an updated dial design in two metals.

The Ref. 5396 Annual Calendar is certainly one of Patek’s more elegant pieces, with a minimalistic layout reminiscent of their perpetual calendar models of the last century. With two apertures at 12 o’clock stating the day and the month, a 6 o’clock aperture that tells the date and a subsidiary dial that serves as a day/night indicator and moon phase, the amount of information conveyed in what looks to be a relatively simple dial layout is impressive. The 5396 has been around for a while now, but the updates this year came in the form of two new designs. Available in rose and white gold, the dial now features applied gold Breguet numerals on a dotted minute track and dauphine hands on a silvery white opaline dial and sunburst brushed dark grey dial. 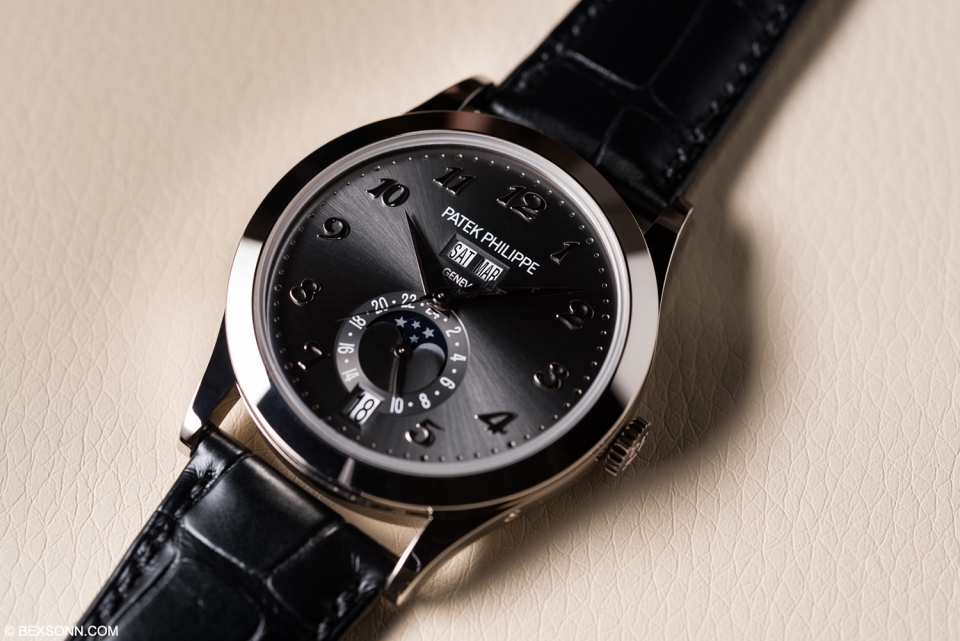 Sized at 38.5mm, it is a modern presence on the wrist but not sized too largely, maintaining its understated appeal. The case features long straight lugs that taper, a polished finish throughout and correctors on either side of the crown to easily set the date at the end of February.

The Patek Philippe Ref. 5396 is powered by the Swiss Patented Cal. 324 S QA LU 24H, which is a self-winding movement with a silicon hairspring. The use of silicon in the hairspring is a sign of Patek Philippe’s attempt to remain forward thinking, as a result of their ‘advanced research’ program. The Spiromax balance is made of a derivative of silicon, Silinvar, which is an extremely hard, light and antimagnetic material which also reduces the need for lubrication. It has a power reserve of 35-45 hours and as specified by the Patek Philippe Seal, rate deviations must range within -3 and +2 seconds per day. As expected, visible through the sapphire caseback, the movement is finished nicely with the solid gold rotor with its Calatrava Seal.

The Annual Calendar Ref. 5396 is priced at £34,820 in both white-gold and rose-gold. For more information visit the official Patek Philippe website.