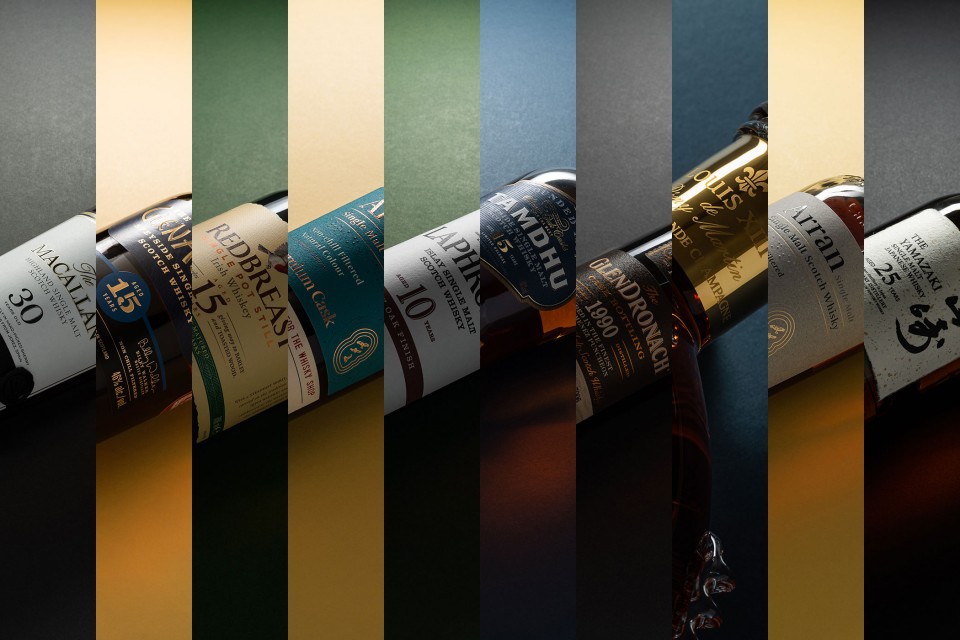 It’s the end of a rather interesting year of liquid gold tasting – that said, we’ve still been able to taste some truly great stuff. With that in mind, we thought we’d recap on some of our favourite drams tasted in 2021. A great thank you to all of our followers for reading our tasting notes and thoughts on the liquid gold we’ve tasted in 2021. We now look forward to another fantastic year of tasting in 2022 – see you there!

We’ve highlighted the 12-year-old, entry-level and the more sought-after 18-year-old single malt scotch from Macallan’s sherry oak finish range over the years. As you may already know, The Macallan is the third largest selling single malt scotch in the world and Macallan’s Scotch whisky is, primarily, matured in oak seasoned with sherry brought to the distillery from Jerez, Spain. The sherry cask finish scotch from Macallan is what could be considered their core age-statement range. That said, the 30-year-old expression from this range is perhaps one of their rarer drops. This distinguished single malt is matured exclusively for twenty-five years in Oloroso sherry seasoned oak casks from Jerez, Spain. Laying undisturbed in the same casks for a quarter of a century.

For the first time last year we posted some tasting notes from the GlenAllachie distillery and yet, there seems to be something rather familiar about their whisky. GlenAllachie, From the Gaelic Gleann Aileachaidh, which translate to ‘Valley of the Rocks’ is located in the heart of Speyside at the foot of Ben Rinnes, just outside the town of Aberlour. It is said the GlenAllachie (Glen-Alla-Key) has been a hidden gem for many year and was almost unheard of until it was taken back into private ownership. As one of the few independently owned distilleries in Scotland, this has allowed legendary master distillery Billy Walker to bless of with some more of his masterful blending skills. This 15-year-old expression has been aged in a combination of puncheons and hogsheads that previously held Pedro Ximénez and Oloroso sherry.

Redbreast is one of the most decorated Irish whiskeys, Redbreast is the largest selling Single Pot Still Irish Whiskey in the world. Regarded as the definitive expression of traditional Single Pot Still whiskey, the genesis of Redbreast dates back to 1903 when John Jameson & Son entered into an agreement with the Gilbeys Wines & Spirits Import Company to supply them with new make spirit from their Bow St. Distillery. The custom of that era was that distillers sold bulk whiskey to ‘bonders’ who, being in the business of importing fortified wines such as sherry and port, had ample supplies of empty casks in which to mature new make whiskeys under bond. The 15-year-old expression is made from a mash of malted and unmalted barley and then triple distilled in copper pot stills, Redbreast 15 is comprised exclusively of Pot Still whiskeys matured in the finest oak casks for no less than 15 years. A careful balance of first fill and refill casks accentuates the assorted spices within Redbreast’s characteristic full and complex flavour.

At the beginning of the year we posted our first tasing notes on a dram from the kind of new distillery: Arran. 1995 doesn’t seem that long ago, and yet that was 25-year ago – my goodness time flies. 1995 was the year that the Arran distillery was founded on the Isle of Arran. In the 19th century, the south-end of Arran was home to some 50 illicit distillery and also home to perhaps only one licensed distillery and in 1995 whisky distillation was brought back to this unique area of the Island. This particular expression has bottled exclusively for The W Club. This expression was distilled in 1996 and matured in a single sherry hogshead for 24 years before being bottled in 2020 at 50.6% abv. Only 248 bottles were produced with no chill filtration or added colouring.

Laphroaig is a rather curious whisky, you either love it or loathe it. Founded in 1815, in Port Ellen, Argyll, Isle of Islay, Laphroaig are famed for their peated Scotch whisky, just like most of their fellow Island Scotch distillers. Laphroaig is known for being sweet, spicy and peaty, and this is the epitome of Islay Scotch whisky. This new Sherry Oak expression is an extension of the well-know and love 10yo expression. It has been aged for ten years in ex-bourbon casks and finished in refill sherry casks. This unique Laphroaig expression combines the unforgettable flavour of the classic 10 year old whisky with the sweetness and complexity of Oloroso.

2021 marked another first whisky post for us and this time it is an expression from the Tamdhu distillery. Tamdhu is a historic Speyside producer, and for many years was alone with Springbank and Glen Ord as being the only fully self-sufficient distilleries in Scotland. It was the first in Scotland to install Saladin boxes for malting and today it is the last distillery to still use them, which in its years being owned by Edrington, also supplied malt to Glenrothes and Highland Park. Traditionally, Tamdhu was mostly used in blends such as Cutty Sark and The Famous Grouse, but it has always been regarded as a great single malt. This particular expression has been exclusively matured in the finest sherry oak casks. You’ll taste the intense burst of vibrant summer fruits on the palate and enjoy the rewardingly long finish it delivers too.

We do enjoy a drop or two of GlenDronach here , however, something that has always intrigued us is their Single Cask expressions – no two are the same. They are all truly delectable drops in their own right but their single cask selection is something rather special. Each year, Master Distiller, Rachel Barrie, specially selects a handful of individual casks from the warehouse at GlenDronach distillery, to be bottled as a ‘Limited Release’. With maturing whiskies that date back as far as 1968, there is an array of cask selections available: from hogsheads to puncheons and butts. With such a vast selection at Rachel Barrie’s disposal, each and every cask lends some remarkable varying characteristics that have developed during maturation.

Since 1724, the House of Rémy Martin has produced premium cognacs that consistently appeal to the world’s most discerning connoisseurs. A profound love of the land, a continuity of family ownership and a passionate commitment to excellence has sustained Rémy Martin for nearly three centuries. Known as the King of Cognacs, LOUIS XIII has been widely recognized as one of the world’s finest cognacs.

The Arran distillery was founded on the Isle of Arran. In the 19th century, the south-end of Arran was home to some 50 illicit distillery and also home to perhaps only one licensed distillery and in 1995 whisky distillation was brought back to this unique area of the Island. This expression is the oldest from the core range of whiskies. This 18-year-old is a balanced mix of ex-sherry and ex-bourbon casks, giving a great depth of character.

Yamazaki is one of the first Japanese distilleries to be built. Established in 1923 and situated in the vale of Yamazaki, the whisky is born from the natural craftsmanship and climate of Kyoto, Japan’s ancient capital, an area of dense bamboo grooves at the foot of Mt. Tennozan. In 1984, the Yamazaki 12-year-old single malt whisky was released. The 12-year-old expression is intense, confident and yet elegant: this single malt whisky directly presents these features of the Yamazaki distillery. That said, the 18-year-old expression only further enhances these characteristics. Over the past few years, Yamazaki has won the approval of many whisky aficionados alike, as well as winning a few awards along the way too. The 18-year-old expression has, somewhat, become the cornerstone of Yamazaki, tickling the taste buds of those who chose to venture further than the brilliantly balanced 12. That said, those who choose to go just that littler bit further shall reap the rewards of this 2021 25-year-old expression. 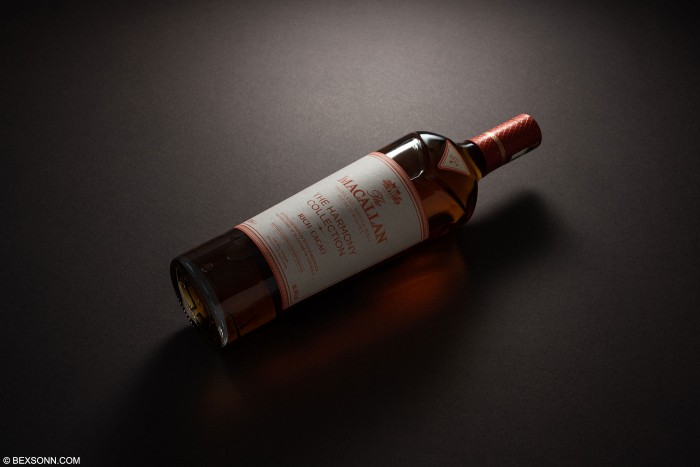