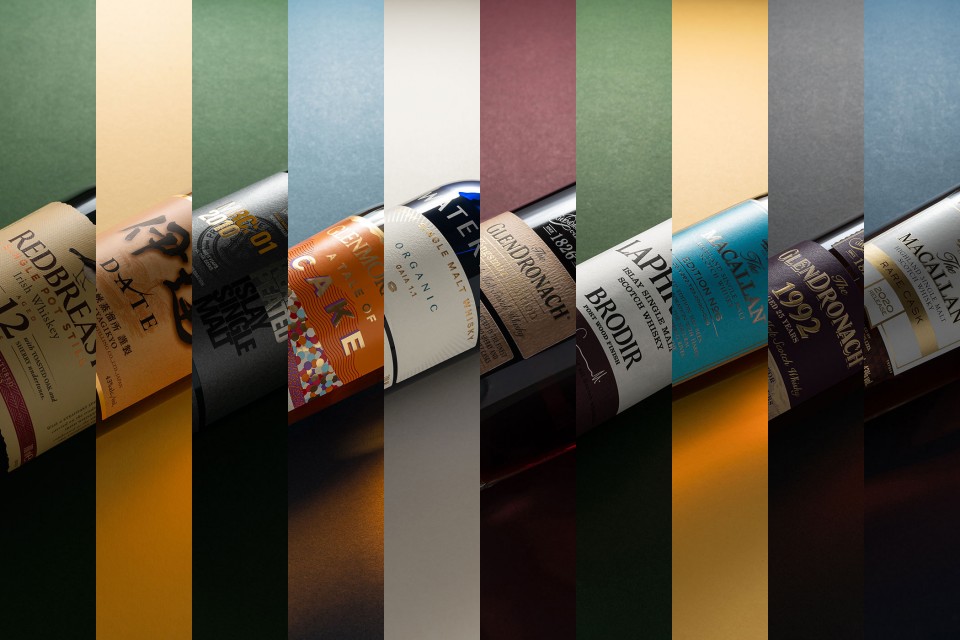 It’s the end of a rather interesting year of whisky tasting – that said, we’ve still been able to taste some truly great stuff. With that in mind, we thought we’d recap on some of our favourite drams tasted in 2020. A great thank you to all of our followers for reading our tasting notes and thoughts on the whiskies/whiskeys we’ve tasted in 2020. We now look forward to another fantastic year of whisky tasting in 2021 – see you there!

Redbreast is one of the most decorated Irish whiskeys, Redbreast is the largest selling Single Pot Still Irish Whiskey in the world. Regarded as the definitive expression of traditional Single Pot Still whiskey, the genesis of Redbreast dates back to 1903 when John Jameson & Son entered into an agreement with the Gilbeys Wines & Spirits Import Company to supply them with new make spirit from their Bow St. Distillery. The 12-year-old expression is made from a mash of malted and unmalted barley and then triple distilled in copper pot stills, Redbreast 12 boasts the flavour complexity and distinctive qualities of Pot Still whiskey.

We’ve sampled quite a few of the Miyagikyo expressions from Nikka, including their non-age statement 10yo, 12yo & 15-year-old. However, this whisky from Nikka is a blend of Coffey malt and Coffey grain whiskies distilled at the Miyagikyo distillery. It is named after the feudal warlord Date Masamune who ruled the area around Sendai during the 17th century.

Port Charlotte is Bruichladdich’s heavily peated single malt with a peating level of around 40ppm (parts per million). The Port Charlotte MRC:01 2010 is distilled from 100% Scottish barley, from the Invernesshire region, this sweet and fruity spirit has spent time in first fill American whiskey casks and second fill French wine casks. These component parts have been combined and matured for an extra year in the finest French oak.

Laphroaig is known for being sweet, spicy and peaty, and this is the epitome of Islay Scotch whisky. Laphroaig’s Brodir single malt Scotch whisky was originally released to the Travel Retail market. ‘Brodir’ is ancient Norse for ‘Brother’. For this expression, the Islay distillers first matured the whisky in ex-bourbon barrels before transferring it over to casks which previous held Ruby Port.

There are not many Macallan expressions we haven’t tasted, yet this more readily available Rare Cask is something we have yet to sample since it was first introduced a good few years ago. It is said, the Rare Cask is crafted from the finest and rarest sherry seasoned oak casks, unearthed by The Macallan Whisky Mastery Team using their knowledge, skill, passion, and creativity in their quest to seek out the extraordinary.

The GlenDronach Kingsman Edition 1989 Vintage has been expertly crafted by Master Blender Dr. Rachel Barrie, in collaboration with the Kingsman film franchise director Matthew Vaughn, from a selection of just six of the finest casks from this rare vintage year. Matured in Oloroso sherry casks with a final maturation in Pedro Ximénez casks from Spain, this twenty-nine-year-old Single Malt has an exceptional depth of character, truly befitting a Kingsman.

The the final time this year, Macallan introduced the annual Edition series: The Macallan Edition No.6. Like the Edition No.1, 2, 3, 4 and 5 that we’ve posted tasting notes on in previous years, this No.6 is a result of meticulously selected casks by Whisky Maker, Steve Bremner. This limited edition whisky has not just been shaped by the use of exceptional casks but also takes its inspiration from Macallan’s devotion to a sprit that is pure and natural in colour.

GLENMORANGIE A TALE OF CAKE

Every year for the past decade, Glenmorangie has released an intriguing, limited-edition single malt as part of the pioneering Private Edition series and a few weeks ago we were lucky enough to have been invited to an exclusive tasting online virtual tasting. Glenmorangie’s: A Tale of Cake, celebrates all that is good about cake. And so delicious is this limited-edition whisky’s flavours of honey, white chocolate and fruit, that award-winning pastry chef Dominique Ansel has dreamt up a cake and cocktail pairing – a “CakeTail” – in its honour.

This year we took our first look at a whisky from the new distiller: Waterford. The Waterford distillery is a major new whisky project by the man behind the renaissance of Islay’s Bruichladdich single malt whisky. Located on the banks of the river Suir, on Ireland’s sunny south-eastern coast, Waterford have an exceptional state-of-the-art facility originally built by Diageo in 2004 and converted to distilling in 2015.

We’ve enjoyed our fair share of GlenDronach over the past years but just last week we managed to get our hands on a limited edition expression, bottled exclusively for the Danish market. The GlenDronach 1992 ‘Mace Windu’ is (unofficially) named after a popular Star Wars character, just like the Glendronach Darth Vader, Luke Skywalker and Yoda. This vintage single malt is supposed to be the last in a series, bottled for the Danish market only.