A 1940s Vacheron Constantin Chronograph Reference 4178; An Incentive For Any Vintage Watch Collector 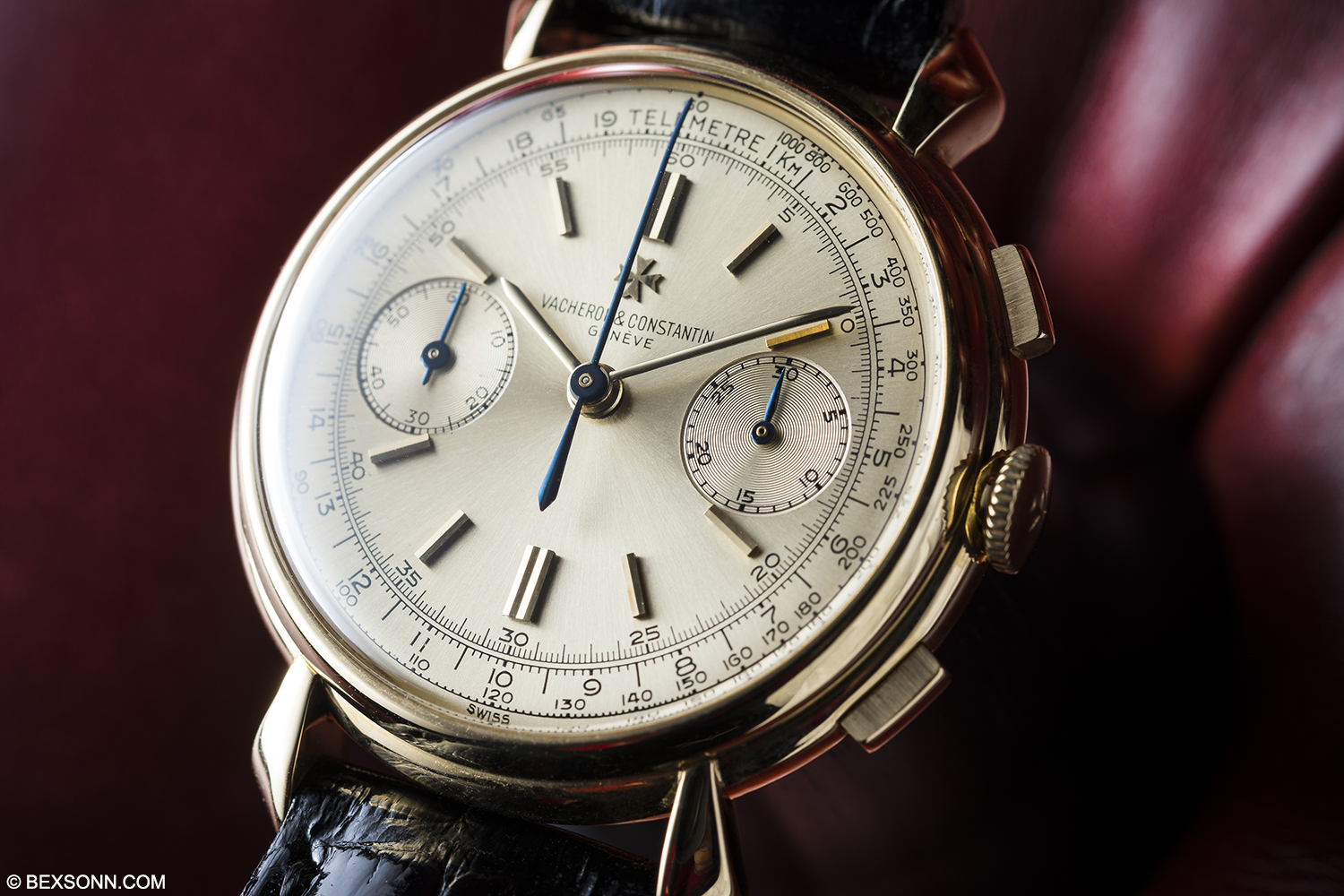 By now it should come as no surprise to you to know that I like a good chronograph and not just because it is probably the king of all complications but also though it may look and seem simple, it is also the most difficult complication to manufacture. Amongst the popular sports chronographs out there like, the Breitlings, Daytonas and Speedmasters – are the, what I would call connoisseurs dress chronographs, made by the likes of the Patek Philippe’s and Audemars Piguet’s, which we looked at just last month right here. But let’s not forget that when I spoke of the ‘holy trinity’ of haute horlogerie, Vacheron Constantin were right up there. Of late, I’ve developed a deeper appreciation and admiration for Vacheron and if you get a chance to look back at their long and illustrious history you’ll see just why. Founded in 1755 by one young independent watchmaker, Jean-Marc Vacheron of Geneva, Switzerland – makes Vacheron Constantin the oldest manufacturer in the world today with continuous operation since it was founded; just a side note fact for you to remember. 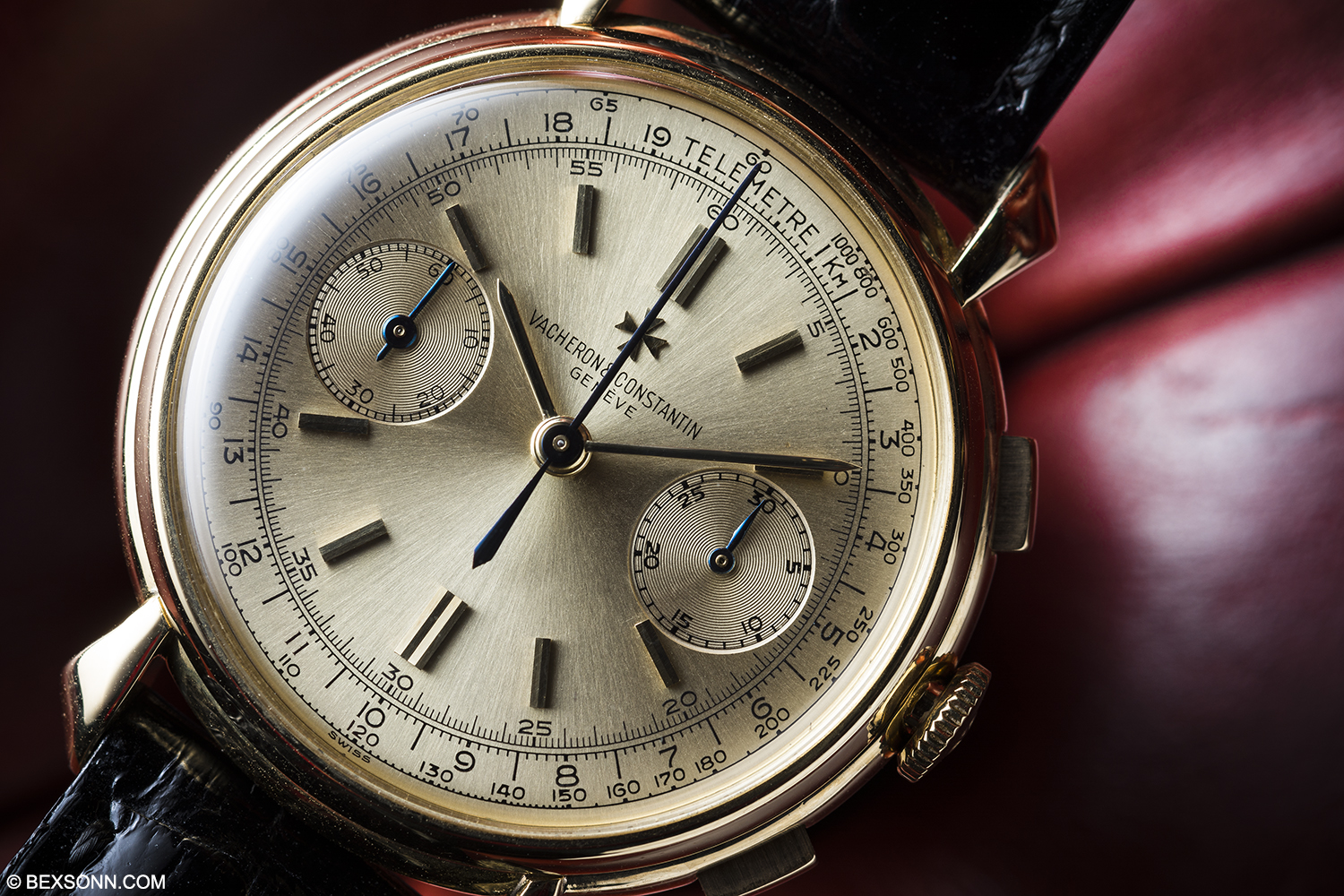 Vacheron are no strangers to fine gentlemen’s chronograph wristwatches and it is very evident when you look at their long list of chronographs that were first introduced in the early part of the 20th century. Just like Patek, and Audemars to some extent, Vacheron produced some absolutely stunning and iconic pieces during this era; such as the monopusher chronograph ref. 3466, the very popular and rare ref. 4072 that was made in considerable small quantities. The ref. 6087 that sported the unmistakable cow horn lugs and featured an anti-magnetic and water-resistant case. The ref. 4177 and of course this, the iconic VC chronograph model that is the ref. 4178 – considered by many as one of the most beautiful chronographs ever made and you know what in my honest opinion, I can’t disagree (as you can see from the numbers of pictures I took).

Spanning a production run from 1940 to 1964, there were various pieces made in yellow-gold, rose-gold and even stainless steel (including bi-metal too) and just like the acier chronographs produced by Patek during these years, steel Vacheron chronographs are just as rare, if not, even more so. This particular piece features a champagne sunburst dial with a telemeter scale and baton hour makers. At 3 o’clock is the recorded 30-minute subsidiary dial and at 9 o’clock the continuous seconds sub dial, which sport beautiful engine-turned graining. The champagne dial really makes the steel blued sub dial and chronograph second’s hands stand out and create a perfect contrast. Inside this 1944 ref. 4178 is the 19 jewelled calibre 434 13’” (base ebauche on the Valjoux 22). The three-piece 18-carat gold case measures 35mm and of course features the elaborate sculpted tear-drop lugs and stepped snap-case back. 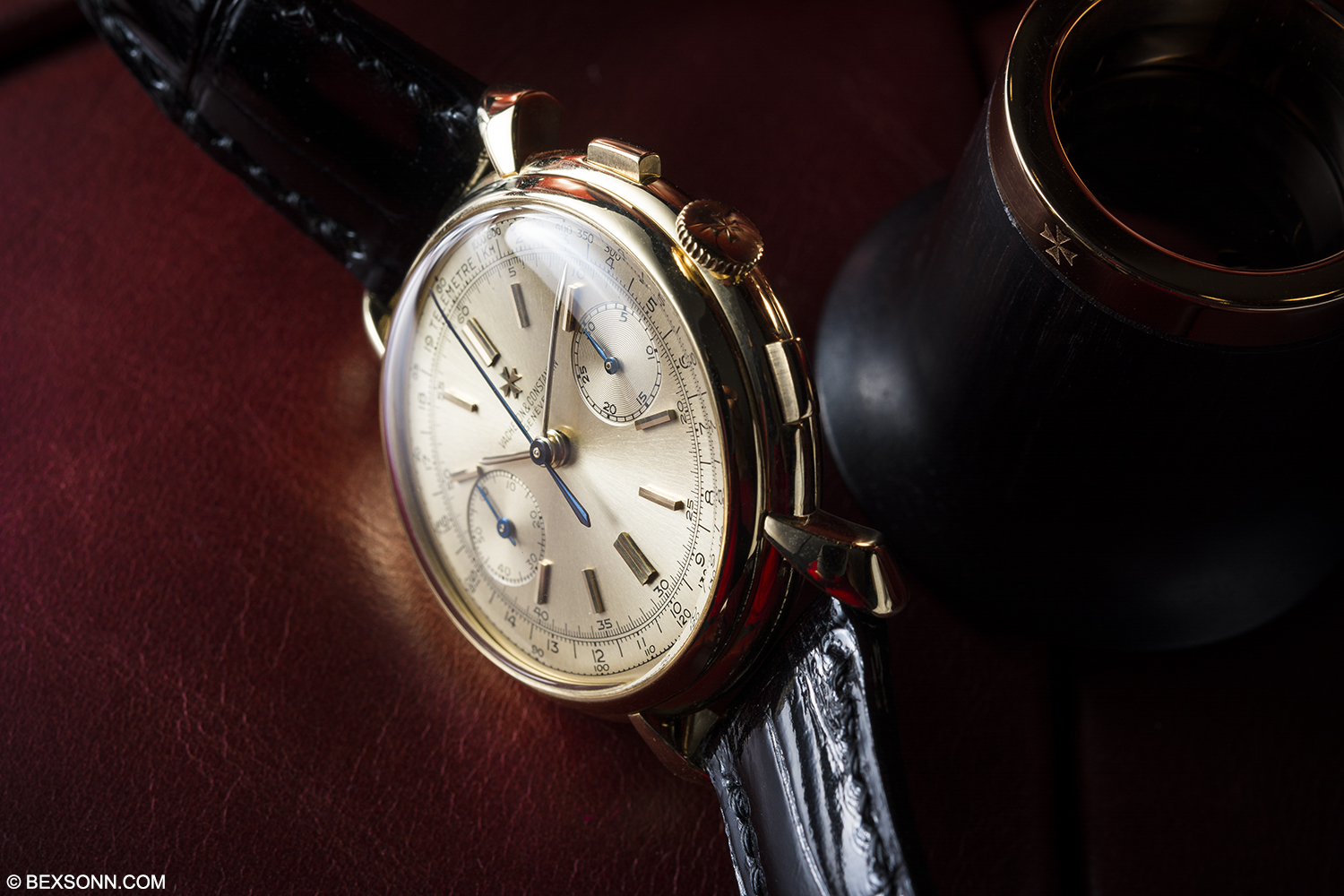 So, what I probably haven’t mentioned as yet, finding a vintage chronograph Vacheron Constantin timepiece like this, in this type of condition can be – how can I put this, damn well hard and time-consuming. Vacheron collectors spend months and years looking for that perfect vintage Vacheron, and even then there are always question marks about said timepieces – not to mention the level of expectation from VC enthusiasts. And if you weren’t aware, you’re probably asking yourselves by now where did I find such a beautiful example? 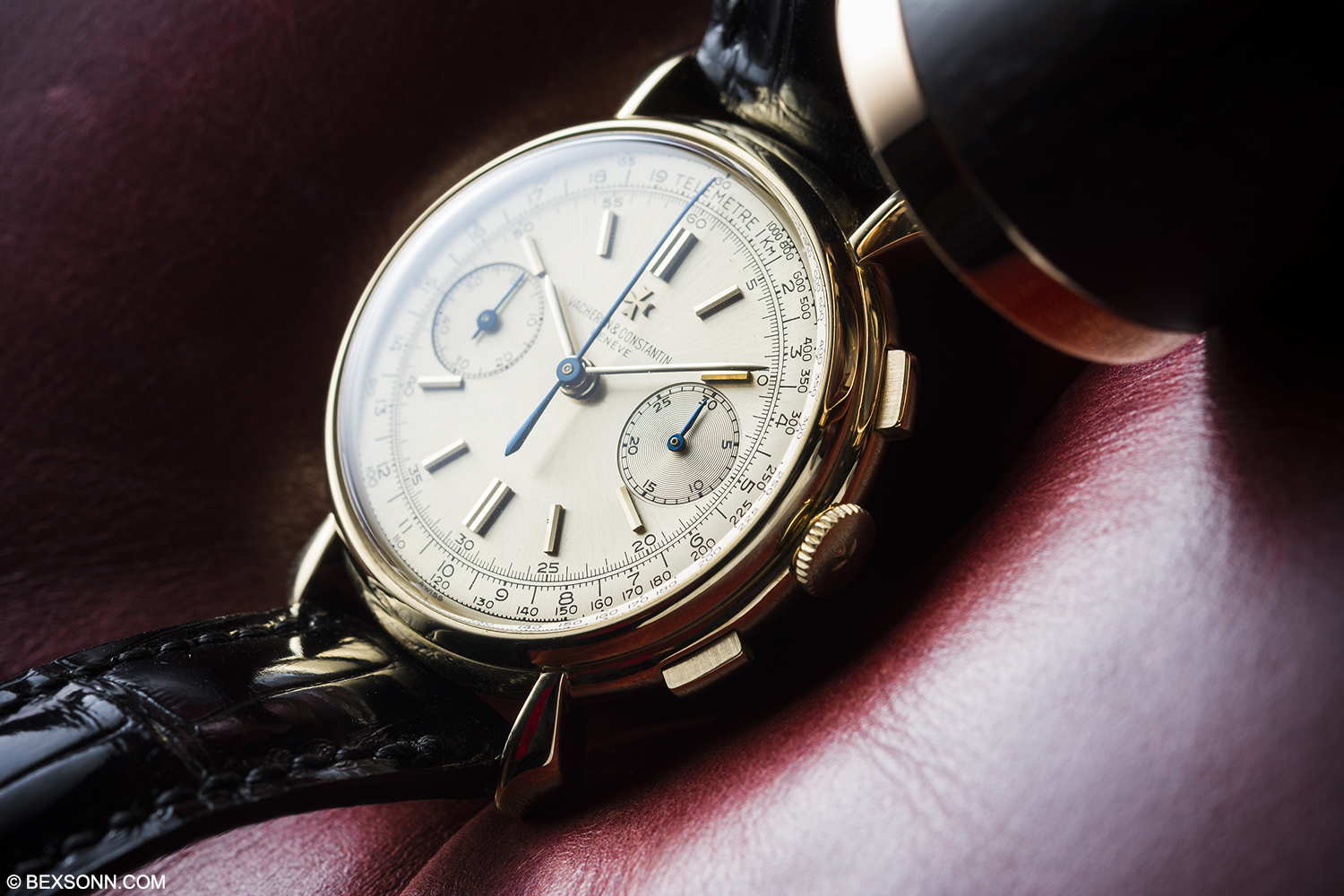 Last Saturday I swung by the Vacheron Constantin boutique on Old Bond Street, London and if you haven’t made a visit there yet, then I implore you make sure when you’re in London to drop by. You see, the Vacheron boutique not only stocks new and the boutique only editions but also tucked away in my new favourite space – that I’ve nicknamed the VC gentleman’s den and that’s not only because they have a good selection of whisky down there but also because it just such a relaxing space filled with tonnes of VC literature – is a small stock of vintage Vacheron’s. Yep, in 2012 Vacheron Constantin introduced what they’ve called the “Collectionneurs” program but what exactly does this get you? 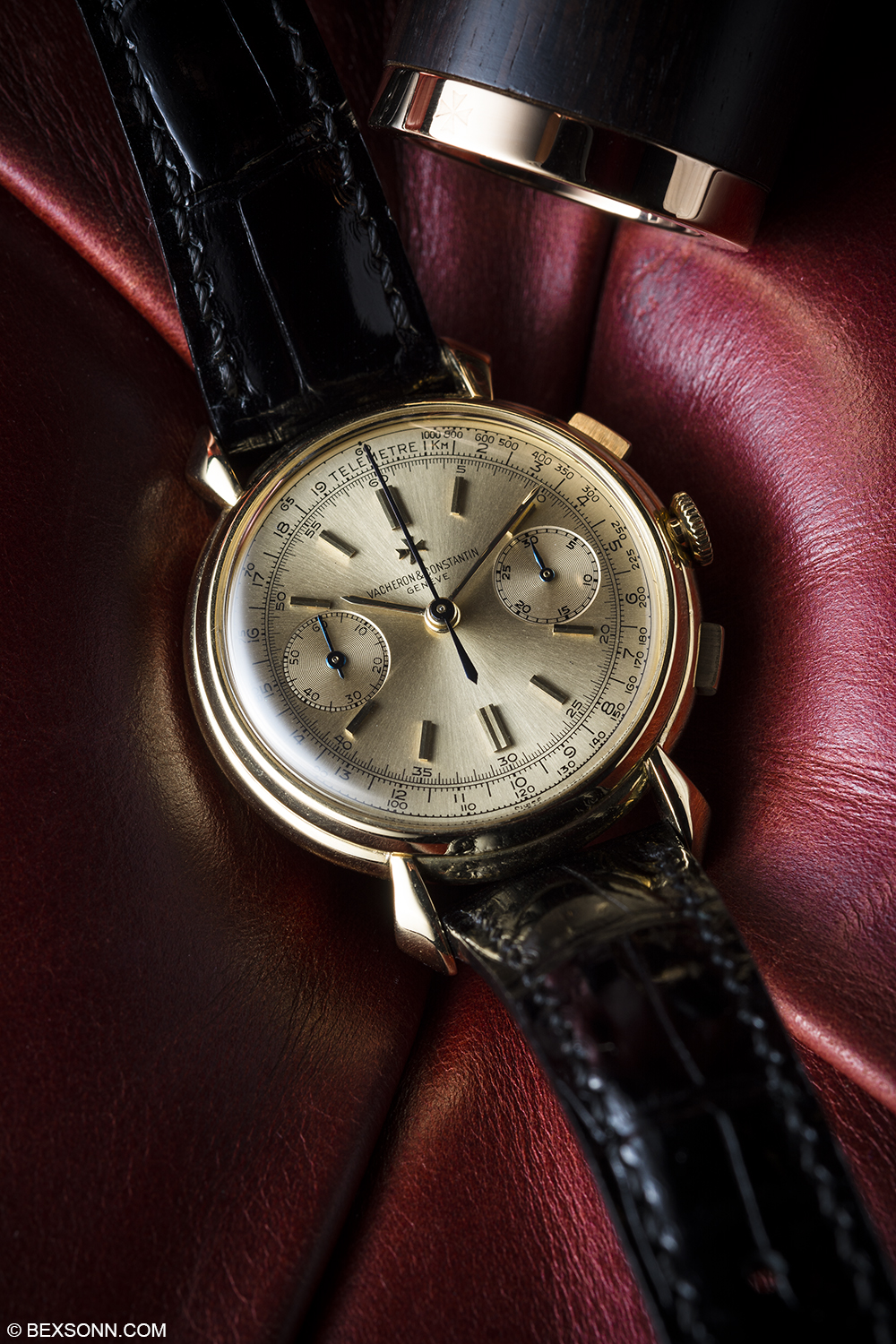 Essentially, what Vacheron do is acquire vintage timepieces from various sources – i.e. private collectors or auctions. These pieces are then taken back to the VC manufacture in Geneva, meticulously serviced, refurbished and cleaned, then put on a Vacheron strap with buckle if required. And being as Vacheron arguably has the best historical archives on their timepieces, each and every pieces history is researched and presented with an extract and certificate of authenticity. If that wasn’t enough Vacheron also give you warranty with every vintage timepiece offered. I think this “Collectionneurs” program that Vacheron have introduced is a brilliant idea, it gives collectors a great opportunity to own a Vacheron vintage timepiece with piece of mind. This is such a great initiative; my only wish is that more brands would adopt this idea.

This Vacheron Constantin chronograph reference 4178 is currently on sale at the Vacheron boutique in London, Bond Street for approx. £33,000

For more information on Vacheron Constantin boutiques that support this program, visit the official website. 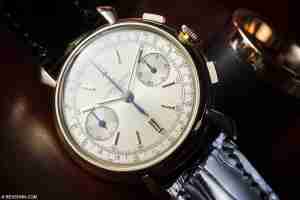 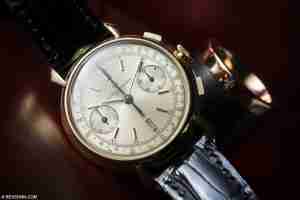 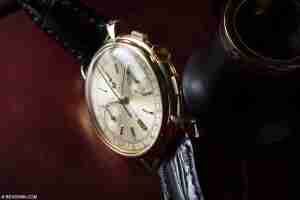 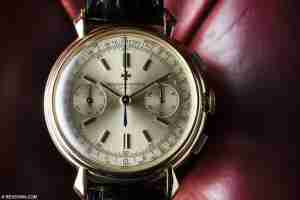 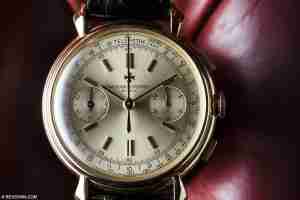 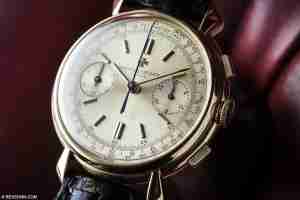 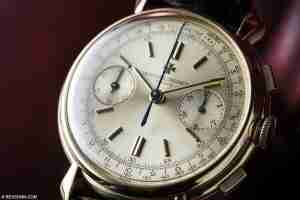 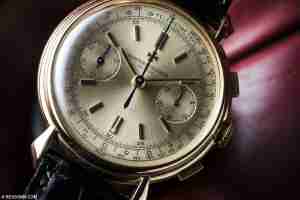 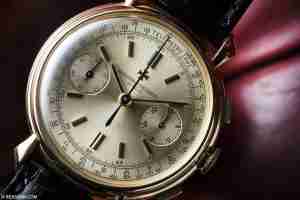 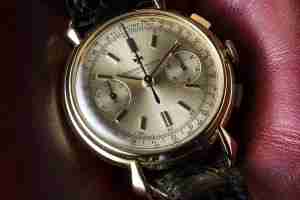 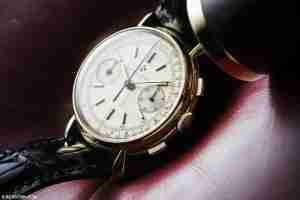 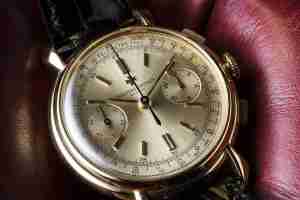 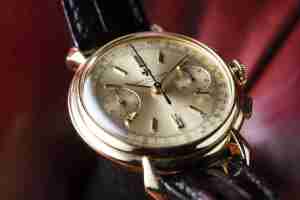 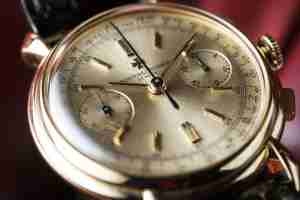